RallyCross Nationals to Return to Indianola for 10th Anniversary 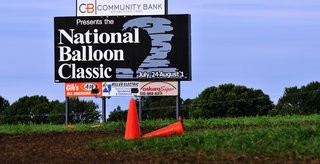 As the 10th anniversary of the event, the 2016 edition of the championship meet will have special significance for both drivers and the RallyCross community in general. While the first National Championship event in 2007 attracted just less than 50 competitors, the event has grown to draw more than 100 drivers in the last five years. With the changes being made to the RallyCross National Challenge program, the number of competitors involved in the program should continue to grow.

Since 2007 competitors have returned, and brought their friends, for the opportunity to face some of the fiercest RallyCross competition in the United States. In a post-event survey following the 2015 meet, 71-percent of respondents said they planned take part in the 2016 edition.

Another positive for the upcoming 10th running of the event is the location of the competition. In its first year as the venue in 2015, the site of the National Balloon Classic was very well-received by competitors. In addition to adding the element of elevation change, the courses themselves stood up well to the abuse of more than 100 competitors wheeling their race cars around the grass and dirt area. Despite some rain during the event, the courses remained in good shape throughout the event. That allowed each driver an opportunity to put their best foot forward in their attempt at an SCCA national title.

Four RallyCrossers still hold the title of 100-percenters. Karl Sealander, Ron Foley and Howard and Linda Duncan have taken part in each of the nine previous National Championship events. Looking toward 2016, there is little doubt that each of these participants should be able to keep their streak alive.

With this year being the 10th anniversary of the event, some special social and community involvement activities are in the works. As plans for these events are finalized, they will be announced to the public.

Information regarding the schedule for the revitalized RallyCross National Challenge will be made public in the coming weeks. For further information on the SCCA RallyCross program, visit SCCA.com.

Image: An unlilekly pairing: RallyCross and the site of the National Balloon Classic
Credit: Rupert Berrington