Sunday At Buttonwillow - The Winners Are In 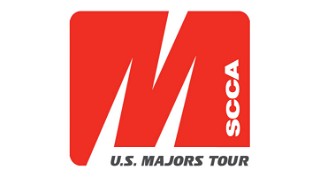 BUTTONWILLOW, Calif. (May 3, 2015) – Round Eight of the SCCA Western Conference Majors Tour crowned another set of winners on Sunday following 20 lap races at Buttonwillow Raceway Park.

The completion of the weekend pushes the Conference Championship point battles to the Northwest for the final two event weekends at Pacific Raceways in Kent, Washington, and Portland International Raceway.

Though the race was 19 laps long due to the time limit, the first 18 and 11/12ths of the Spec Miata race were just a set-up for the final corner. Dakota Dickerson chased Clement Lee’s No. 33 RM Autosport Mazda Miata for most of the middle stages of the race, just like Saturday’s battle.

With the white flag in the air, Dickerson chased Lee down the back stretch and carried his momentum through the final complex. With one turn to go, Lee moved to the inside to protect his position. Dickerson pulled his No. 8 Rush Motorsports Miata to the outside of the turn, taking the longer run around but carrying more speed on exit.

The two ran side by side to the checkered flag, with Dickerson getting a nose in front and holding it there across the stripe for the win.

GT-3 was a thriller as well. Saturday winner Wolfgang Maike and Scott Graham swapped positions, with Maike actually taking the lead when Graham accidentally flipped off the fuel pump switch down the straight in his No. 6 SCOS Orthopedics Mazda RX-7.

Back under power, Graham chased down Maike’s No. 15 Toyota/Red Line Oil Toyota Paseo and got back in front, able to hang on for the win.