Majors Takes on the Big Easy at NOLA Motorsports Park 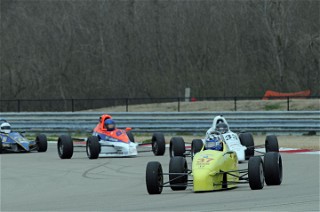 AVONDALE, La. (March 6, 2015) - The SCCA U.S. Majors Tour travels down to Dixie for the third race weekend on the Southeastern Conference schedule. In addition, this will be the opening weekend for those drivers looking to contest the Mid-States Conference Championships. Here are the pertinent facts you will need to get ready to follow this weekend's racing action.

Storylines/Things To Watch For Major League: In September 2012, the Sports Car Club of America rolled out the U.S. Majors Tour as the top level of amateur racing in this country. The Majors Tour replaces what was previously called “National” SCCA racing, split into a season-long championship in five geographic Conferences. SCCA Club Racers – The Best in the Country: There are lots of amateur road racing groups in the United States, but the clear leader of top drivers is with the SCCA. Though most are weekend warriors who take vacations from their full-time jobs to attend races, it’s a craft taken seriously. Bobby Rahal, Mark Donohue, Roger Penske, Michael Andretti, and actor/driver Paul Newman got their start in SCCA Club Racing. More recently, you could have seen current stars Boris Said, Graham Rahal, Sam Hornish or J.R. Hildebrand at an SCCA Club race.

Voodoo Part Deux: This will mark the second year that the SCCA Majors program has traveled to the country club-style venue, located just south of the Big Easy. Last year’s initial trip to the track was a positive experience, other than the difficult weather conditions that included freezing rain. The forecast for this weekend’s event is on the cold side, but should prove to be more favorable than last year.

Mid-States Opener: Another change from last year’s event will be that this race weekend will be counted toward two different Conference titles. This is the first dual-conference race in Majors history and will be the first of three dual-conference events held this year. The Mid-States Conference will kick off the 2015 campaign here, while the Southeastern Conference season will be half over at the conclusion of this event. For Mid-States drivers who have yet to turn a wheel at the controls of their racecar, it will be imperative to get up to speed quickly as much of their Southeastern Conference competition has already logged two weekend’s worth of track time.

Miata Mania: Like the previous Southeastern Conference contests, Spec Miata is the largest single class slated to take to the track. A total of 43 drivers have pre-registered for the race, and there may be a few stragglers to join before the green flag falls on Saturday. An increased focus on technical compliance has been partially responsible for creating some of the close racing we have come to expect in this class.