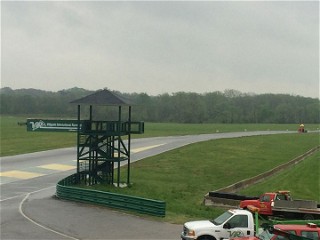 ALTON, Va. (April 19, 2014) – Low level rain clouds hung over VIRginia International Raceway on Sunday for Round 10 of the Southeastern Conference, and Round Two of the Northeastern Conference. The weather conditions teetered between wet and dry for most of the day.

Eight 16-lap feature races were on the docket for Sunday, as winners in 28 Runoffs-eligible classes were crowned at the 3.27-mile, 17-turn circuit.

For each race group, the grid was full of anxious drivers hoping that the forecasted rain would hold off while they were on track. For many, the track remained dry. However, the conditions could change at any minute.

Here's what the winners had to say:

Additional information, including interviews with the winning drivers and results, on the VIR Majors can be found at SCCA.com/VIRMajors.