Hall of Fame Nominees For 2013 Class Accepted Through Oct 15 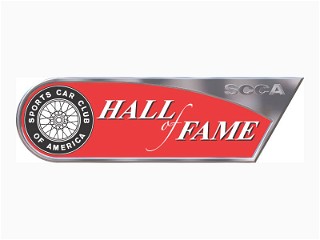 TOPEKA, Kan. (October 1, 2012) – The Sports Car Club of America continues to take nominations for the 2013 SCCA Hall of Fame class through October 15, honoring those who have made a significant impact on the Club.

The SCCA National Hall of Fame was created in 2004 to preserve, protect and record the history and accomplishments of the Club by acknowledging those members who’ve made a significant impact on the development of the SCCA, be it through service to the national organization, achievements in national competition or bringing national recognition to SCCA.

“The SCCA Hall of Fame is truly the highest honor possible in our organization,” SCCA President and CEO Jeff Dahnert said. “To be selected, you first have to be nominated by a member, then pass through two separate votes. It requires recognition by not only your peers, but by those who came after you. The most influential names in motorsports, not just in the SCCA, are SCCA Hall of Famers and I encourage members to nominate deserving candidates for the next class.”

Each year, the SCCA Hall of Fame Nominating Committee accepts nominations from the membership. Nominations should be kept to two pages or less, and indicate the background and reasons for consideration. After reviewing the potential candidates, 15 official nominees will be submitted to the SCCA Hall of Fame Selection Committee. The Selection Committee will then conduct additional research on the 15 nominees before choosing the final five inductees, who will be formally announced in December.

The 2013 Hall of Fame class will be formally inducted during the SCCA National Convention at the South Point Hotel and Casino in Las Vegas, held February 28 – March 2, 2013.

Founded in 1944, the Sports Car Club of America is the country’s leading amateur racing organization, with more than 40,000 members across the United States. With events ranging from National Championship road racing to racing against the clock in Solo competition to Rally racing on a variety of surfaces, SCCA has the competition and the country covered. For more information, visit SCCA.com.