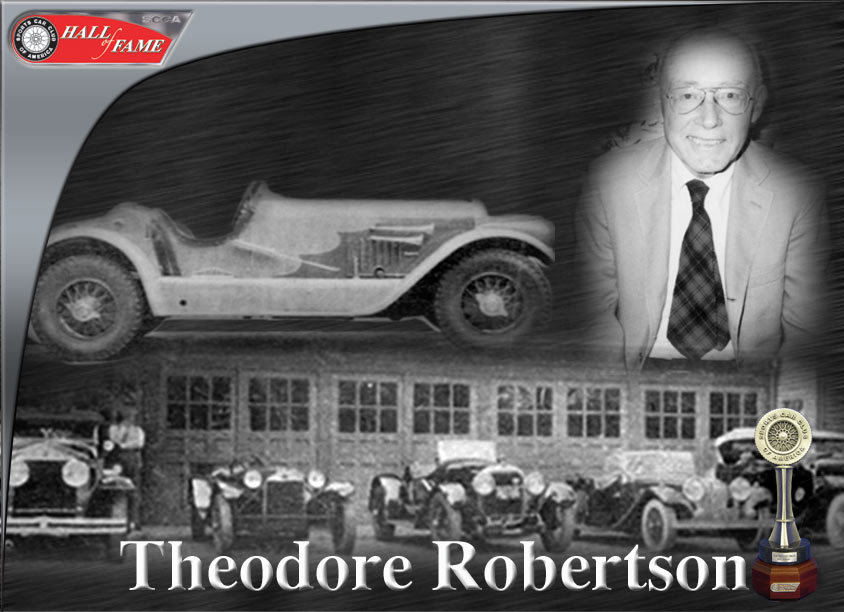 Robertson is not only one of the original members of the Sports Car Club of America, he is considered by many to be the virtual found of the Club. Described as an automotive encyclopedia, Robertson served as the Club’s first president from 1944-1947 and set the tone for those early formative years of SCCA. He participated in all of the early activities, including the creation of the SCCA wire wheel logo, still used today.