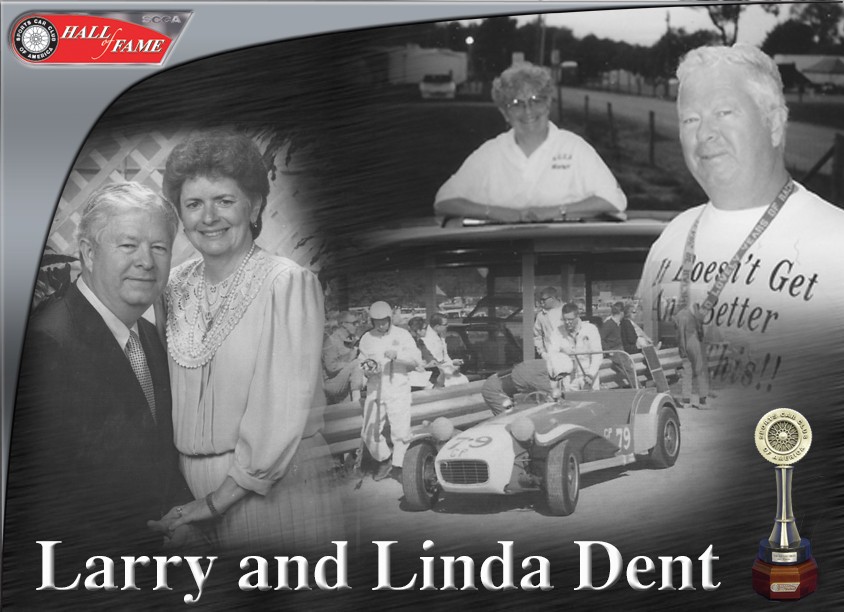 SCCA members Larry and Linda Dent designed the SCCA Safety Steward program, a vital initiative that has improved motorsports safety as a whole.

Larry began his SCCA career as a driver in SCCA Club Racing, Trans-Am, and several endurance races. But his lasting legacy to the Club has come from outside the car.

Since 1967, Larry has been an SCCA Steward.  He also served the SCCA for nine years as a member of the Board of Directors.  He was a member of the Executive Committee, serving as liaison to the Competition Board.  He also helped as Chairman of the Board of the SCCA Foundation, serving three years in that capacity during which time he significantly improved the Foundation’s financial standing. And while Larry is the one that held the “official” titles, make no mistake that he and Linda worked as a team over the years to advance the Club.

In 2008, Larry received the Woolf Barnato award, the top award for service to the Sports Car Club of America, for his service.