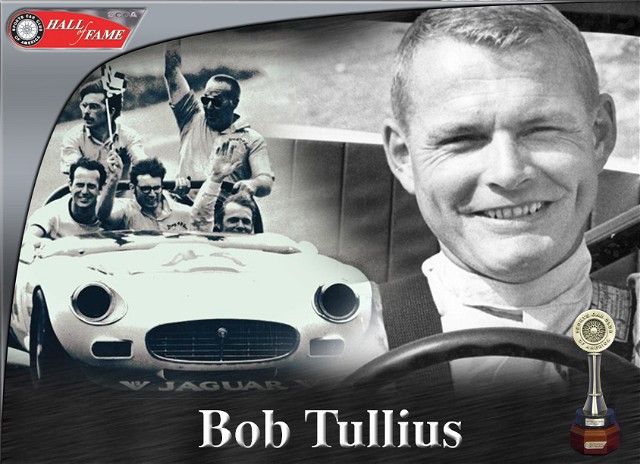 Just from his statistics behind the wheel, Bob could be a hall of famer. The 1964 D Production National Champion at Riverside in a Triumph TR4 and, in 1975, took his Jaguar to the mighty Corvettes for his second National Championship, leading flag to flag. His racing success wasn’t limited to just Club Racing, of course. Bob earned 21 wins in just 62 Trans-Am starts, taking home the drivers champion in the top category in 1977 and 1978. He was on the podium a remarkable 27 times – 43 per cent of his starts!

His real vision, however, was in founding Group 44 Inc. In 1962, there was no model to follow – no prep shop, no race team servicing customers. Bob and his team worked with partners Triumph, MG, British Leyland, Quaker State and Goodyear to create a first class, professional organization. Group 44 took their cars to local dealerships surrounding race and promoted the event and their team through print media, television and radio promotions. Local dealers attended races as guests, and saw Group 44 racers deliver hundreds of wins and 10 SCCA National Championships. So successful was Group 44 that they brought Jaguar back to Le Mans for the first time in 27 years. A story book ending in that 1984 return would have been too much – instead, Bob and his co-drivers would have to wait until year two to put Jaguar in victory lane.

In addition to building a model for future race teams to follow, Bob Tullius served the SCCA away from the track with a term on the SCCA’s Board of Directors. Though he often chased challenges in organizations away from the SCCA, he never forgot his roots.