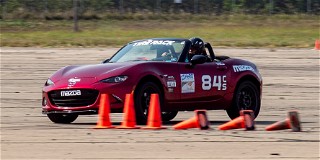 (Editor's note: This article has been updated with Region of record for the winners, along with clarifications regarding the Points Championship listing and qualification requirements.)

Last December, the Tire Rack SCCA Solo National Tour launched a program aimed at making the National Tour feel like – well – a Tour, rather than a series of standalone events. Throughout the season, drivers earned points in class based on both finish and relative finish as compared to the class leader, utilizing a formula made popular in the Great Lakes Division.

Note: An asterisk denotes those who won their class at the 2022 Tire Rack SCCA Solo National Championships.

A listing of the Solo National Tour Points can be found here, although this listing is strictly one of raw points and does not take into consideration other qualifying criteria for the overall Points Championship, like minimum event participation during the seasons and attendance at the 2022 Tire Rack SCCA Solo National Championships.