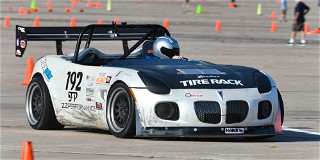 Congratulations to the provisional SCCA National Champions from each of the 34 classes that concluded competition on Wednesday, Sept. 7, during the 49th running of the Tire Rack SCCA Solo National Championships on the tarmac of Lincoln Airpark. Competition kicks off again on Thursday, Sept. 8, with two more days of autocross action in Lincoln, NE. All of the action can be tracked via SCCA’s live timing and scoring website, where you’ll also find live audio feeds for the West and East Courses.

Included below in the list of the Tuesday/Wednesday National Champions and class winners is “class: name, Region of record, car, margin of victory (career national championships).” An asterisk indicates the class either did not reach the participation threshold to crown a National Champion or is a supplemental class.

For a complete rundown of the competition and results, visit the 2022 Tire Rack Solo Nationals event page.