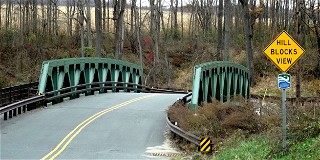 December 5, 2021, marked the 31st Annual ‘Toys for Tots’ Teddy Bear Road Rally, hosted by the Northern New Jersey Region of the SCCA and Motorsport Club of North Jersey. We were pleased to celebrate ten years of sponsorship with Route 46 Subaru/Subaru World Hackettstown, in 2021.

Forty-one (41) teams competed on this year’s event, and it looks like the event was a little harder than anticipated because only one team ran the rally ‘clean.’ Everyone fell for at least one of the three planned route following traps.

Since 1990 NNJR-SCCA/MCNJ has collected thousands of toys with an estimated value of $30,000. We hope to continue the event for many years to come.

This event is a simple-to-follow road rally using the back roads of Morris, Warren, and Hunterdon Counties. The event started at Route 46 Subaru/Subaru World of Hackettstown and ended about 45 miles later at the Long Valley Brew Pub in the center of Long Valley, NJ.

The rally was open to the general public and required only a car or light truck with a working odometer and a pen/pencil to compete, and it was a lightly-trapped Social ‘gimmick’ rally. The entry fee per car was a new Teddy Bear or toy worth at least $35.00 retail donated to the USMC Reserve Toys for Tots Program.