Getting To Know The 2021 Woolf Barnato Award Winner 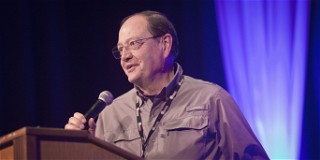 The Woolf Barnato Award, which is Sports Car Club of America’s highest honor, is presented annually to a member who has made the most outstanding long-term contribution to the Club. First presented in 1948, past recipients include SCCA legends such as Mark Donohue, Bob Sharp and Carl Haas. Now joining that illustrious list of luminaries is 2021 Woolf Barnato Award winner Richard Bireta of SCCA’s Kansas City Region.

A member of SCCA since 2004, Bireta has been at the forefront of Rally technology development. He created several low-cost apps for tablets and phones that emulate clocks, odometers, Rally calculators and Rally computers. He has also designed apps for event timing and scoring, making it possible to minimize physical interaction between workers and contestants in the era of COVID. He maintains a website for access to these apps, as well as one which supplies general RoadRally information and support.

“Rich Bireta is a longtime RoadRally competitor and administrator who has made many contributions to SCCA RoadRally over the years,” Davis noted. “He served as a member of the RoadRally Board for six years, and acted as RRB Chair for five-and-a-half of those six years. He has been Rally Master for a variety of popular events, and has mentored up-and-coming RoadRally programs throughout the Club.”

Bireta previously received the Member of Excellence Award in 2019 for his outstanding volunteer service to the RoadRally community. In particular, he contributed greatly by creating the Richta GPS Checkpoint app timing system. A focused dedication to RoadRally also netted him the Robert V. Ridges Memorial Award in 2017, which honors those who make an outstanding contribution to the success of a RoadRally event or exemplify the highest degree of dedication and sportsmanship to RoadRally.

Bireta has been a presenter at SCCA Conventions and moderated online sessions covering topics such as RoadRally competition and event creation. Beyond his service to the Club, Bireta has also been active in his community where he served on his Township Board, was Treasurer for his church, and performed Scoutmaster duties with Boy Scouts of America.