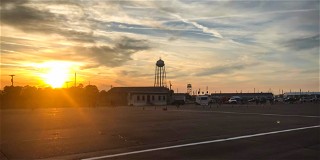 The 2021 Tire Rack SCCA National Solo Series came to a close this past weekend at Spence Field in Moultrie, Georgia, during the Tire Rack Allies vs Axis Champ Tour. A venue not on the SCCA National Solo calendar for more than 25 years, it’s somewhat fitting this was the last Tire Rack Championship Tour event to be held, with the renamed program continuing on in 2022 as the Tire Rack National Tour.

It’s December, and snow is already accumulating in some parts of the country. This weekend in Georgia, however, flurries were nowhere to be found. What could be found was plenty of people looking to have #funwithcars on two completely different and challenging courses designed by Arty Gallegos.

With 11 entrants, C Street was a hotly contested class where the top four drivers, all in Mazda Miatas, finished within one second of each other. John Wolf was first by 0.449 second over runner-up Rick Cone. G Warren Hahn was third, and Christian Kolmers rounded out the trophies in fourth.

E Street also had 11 competitors over the weekend. It was Kerry Coughlin, Trevor Renson and  David Marcus who took turns leading the field on day one. But when the dust settled after final runs Sunday, Coughlin had wheeled his Mazda Miata to victory by 0.445 second over the Toyota MR2 Spyder of Renson. Marcus, who was co-driving with Coughlin, finished third. Donald Wright, in another Toyota MR2 Spyder, took the fourth and final trophy spot.

A swarm of Honda Civic Type Rs filled the D Street field in Georgia. Chase Helm came out on top by 0.683 second over James Mitchell. Ethan Swindel took the final trophy spot in third, and David Lineberry came home fourth as the first non-Honda finisher in a Ford Focus RS.

One special note, this past weekend was the last event managed by Howard Duncan as a full-time SCCA employee. After more than 30 years, Duncan will be taking a step back. But he stepped up this weekend and drove a 1975 Lola T342 to a second-place finish B Modified.

Allies vs Axis, Who Won?

The unique and perennial Allies vs Axis autocross has been hosted now for 35 years around the Pearl Harbor attack anniversary. In addition to normal Champ Tour competition, there has been an additional contest for cars coming from Ally countries and those from Axis powers. Drivers of Italian cars switch sides during the challenge, but let’s not dwell on that.

Once again, for the 35th year running, the Allies managed to win and save the Solo community from ruin. Their service to the community is greatly appreciated!

The 2021 season is done. But the 2022 Tire Rack SCCA National Solo Series season ain’t far off. The festivities calendar for 2022 has already been published, so click the button below to find out the news and what’s in store for the coming year.