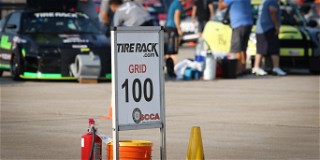 After careful consideration, the Sports Car Club of America has decided to disband the Junior Driver Program (JDP) and the Junior Kart classes in the autocross program over safety concerns.

The JDP Assessment Committee was named on July 2, 2020 following multiple similar incidents that called into question the safety of the program. The JDP committee performed an exhaustive analysis of the program and ran a limited pilot program during the 2021 season to initiate and study new rules, standards and procedures. Ultimately, the JDP Assessment Committee advised the SCCA Board of Directors that, even with the proposed changes, there are only a handful of regions across the country that would be able to safely host JDP karts.

“This is a tough decision for the SCCA leadership, but mostly for the JDP parents and children ” Bob Davis, SEB Chairman, said. “The committee explored many options for keeping the JDP program alive because we know the importance of family participation in our Club. Unfortunately, one thing became clear - there were not adequate, reliable ways to overcome inherent safety issues in the program and no one was willing to put children in harm’s way in an effort to do so.”