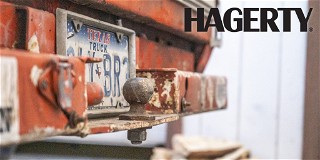 Among the many reasons our friends at Hagerty are a wonderful partner to the SCCA is that they love #FunWithCars just as much as we do – and they are a wealth of knowledge on a variety of car-related subjects. The following article originally appeared on Hagerty.com. For this and all of Hagerty’s car-related content, visit their media site here.

Dive deep enough into the wormhole of broken project cars and pampered race cars, and you’ll eventually find yourself backing up to a car trailer for the first time. Here in the United States of Freedom, the options for trailering are restricted only by your skills; for the most part, drivers will never need a CDL (commercial driver’s license) to haul around a car. Of course, this open-season approach to trailering means it can be difficult to source information concerning where to start, the equipment needed, and the skills necessary in order to safely tow a trailer. We’ve all spotted people who shouldn’t be anywhere near a car hauler, often pulling those infamous orange and white rental trailers, and simply put, we don’t want any one of our dear readers to end up being lumped in with these meme-able novices. At the very least, knowing what you’re dealing with on the trailering front could prevent a serious accident.

Let’s start with one of the trickiest components: the hitch. This is the most important area of operation, where attention to detail is crucial. A little slip-up could mean the trailer unhitches while moving over the crown of a driveway, or you end up being that guy going viral for ghost-riding a trailer as it escapes down the freeway. You can imagine worse consequences, and I can speak for a good friend of mine when I say that being hit by a runaway trailer while eating tacos is plenty unpleasant. The hitch system you end up with will ultimately be determined by the trailer and tow vehicle’s capabilities, so we’ll dive into some of the most popular configurations and show you how to equip yourself for whatever come across your hauling radar.

The vehicle carries the receiver and the hitch mount (be it a ball, pintle, etc), while the trailer holds the coupler, safety chains, and electrical connections. We’ll start at the front and work our way back.

Largely dependent upon the vehicle’s GVWR (gross vehicle weight rating) and towing capacities, the universal five-class hitch rating system matches the hitch type to the trailer’s size and weight. You’ll often see unibody vehicles with a smaller, 1-1/4-inch receiver hitch—Class 1 or Class 2—because it (ideally) limits the weight of the load by using a hitch system that only fits smaller trailers. Classes 3, 4, and 5 utilize the familiar 2-inch receiver hitch found under most pickups.

Most vehicles use a receiver-type hitch, as opposed to a fifth-wheel or bumper-mounted hitch, though most everything we’re discussing will translate. A receiver hitch bolts to the chassis of the vehicle and uses a standardized size square slots that receive the necessary hitch mount. The standardized sizes for these receivers and mounts are dictated by the hitch’s weight rating.

While they’re much less common today, older truck bumpers with hitch ball mounts were generally rated for Class 3. Still, if you use one, make sure of the rating and your load to avoid brewing a recipe for disaster. Keep in mind, too, that even a factory receiver hitches can be classed lower than what the vehicle is ultimately capable of handling, and it’s common to upgrade a factory Class 3 receiver to a Class 5. The 5s are typically built with thicker steel and utilize more attachment points on the frame to better distribute the load.

Words and Images by Phillip Thomas