From SCCA To F1: COTA Is Special 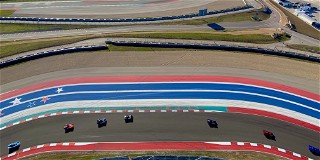 Even now, the SCCA has influence. Walk into race control and you may see some familiar faces – Dennis Dean and James Foyle, for two, often help World Championship events run safely, especially in this hemisphere.

But it’s also true that Formula One gives back to the SCCA. For example, this weekend’s Hoosier Racing Tire SCCA Super Tour is at Circuit of the Americas in Austin, Texas – a track built, designed, and laid out for the raw power and cornering speed of modern-day Formula One machines.

But those characteristics - from the long front straight up the huge hill to “Big Red,” named in honor of track founder Red McCombs, to the transitional Esses, to the hard braking into Turn 11, and more – also make a great layout for open-wheel drivers at this weekend’s Super Tour.

“COTA has got to be the best facility in the whole United States,” Formula Atlantic’s Varun Choksey said. “It’s a really cool track with tons of elevation. It’s nice and fast, especially in these open wheel cars. It’s awesome.”

And a good layout can make a car come alive.

“This track is designed for these cars,” Russell Turner said of his Formula Enterprises/Mazda. “The FE2 car here is a phenomenal car. It’s fun to drive. This track really tests you. It’s got a mixture of everything you can think of in terms of corners and braking zones. It’s fun to drive. It’s a very challenging track.”

Plus, who doesn’t like to race where the best also race?

“It’s really cool,” Formula Enterprises 2 driver Owen McAllister said. “I was actually here for the first Formula One race here at this track. To be racing at the same track as some of my racing heroes is pretty cool. I’m really happy to be here. It’s an amazing track, and the whole place is pretty impressive. It’s a really amazing feeling to be here.”

Owen is just a 16-year-old racer, and deep down still has his plans to go Formula One racing on his own. Even the more, shall we say, veteran racers enjoy that aspect.

“That’s what makes this track special,” Robert Vanman, FE2 driver, said. “This is the US F1 track, so being able to race at the same track that the F1 drivers do is a lot more fun.”

The reality is it’s a circle. The Formula One races make it fun to race here yourself – who wouldn’t want to take batting practice at Wrigley Field or Yankee Stadium? – but also, because of the Formula One race, the facility is just exceptionally well cared for.

“It’s always nice to tell your friends you’ve been someplace that the F1 cars run,” Kirk Kindsfater said. “I love this track. I’ve been here lots of times and I always come when we have something here. It’s one of my favorite tracks. It’s fantastic, it’s a nice, flowy track, and it’s safe. I think it’s a big draw for everyone to come here. I love it.”

And then there’s the unique case of Jak Crawford. The 15-year-old American driver signed with Red Bull a season ago to its Formula 1 junior program, and will be racing most of the year in Europe. So he may well be SCCA’s next American Formula One star – and this weekend’s Formula Atlantic race, driven in the Ligier F3 car, is as much of a test as anything.

“I have an event here later in the year, so I came here in this car to do some laps, get experience on the track and to prepare,” Crawford said. “It’s not a track a lot of people can get on, especially the people I race against from Europe. I have an advantage.

No matter the reason you may enjoy it, there’s no arguing that Circuit of the Americas is a world-class layout and facility. Count it as an SCCA Member Benefit – we get to use it.