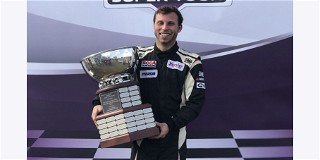 A President’s Choice We Can All Agree On: Though it was announced in December, Preston Pardus was officially presented with the Presidents’ Cup on Saturday morning at Sebring International Raceway. Pardus earned the award, originally presented in 1954 by Dwight D. Eisenhower, which goes annually the driver demonstrating ability, competitiveness and success at the National Championship Runoffs®.

Pardus adds his name to a long and distinguished list of past winners. Bill Spear was the inaugural winner, and the list is strong enough to make any motorsports fan’s head spin. Walt Hansgen, Roger Penske, Skip Barber, Bobby Rahal, Paul Newman and Jimmy Vasser are on the list for SCCA Runoffs performances before moving on to hall of fame professional careers.

“It’s a huge honor,” Pardus said. “All those names are special. There are a lot of guys I race with currently, including Jim Drago. I know it’s a personal award, but it’s still a team effort. I wouldn’t have been able to get that award last year without the work that the guys put into it. It’s a big privilege to get that.”

And Pardus isn’t a bystander who shows up and drives. Those walking through the paddock on Friday would have witnessed Pardus under Drago’s No. 2 Miata, repairing the car after a test-day crash. That work paid off, and proves the effort it takes to land among SCCA’s best.

New Kids On The Block: Hang around a Hoosier Super Tour long enough and you’ll start to recognize the names. Hang around even longer, and those names start to belong to their children.

Second generation racers aren’t unusual. Joe Boden, son of multi-time National Champion Mark Boden, earned his first career Hoosier Super Tour win on Saturday at Sebring – including beating his dad. When we last saw young Joe, he was on the podium at the Runoffs, but still behind his father. Saturday’s race was a big step forward.

A similar situation is brewing in the Allaer household. Rob is a stalwart in Formula Continental, with Runoffs wins in 2020 and 2014. But the man who finished second on Saturday shares a surname and 50% of his DNA.

Nolan Allaer was a successful karter as a youngster and was gifted a driver’s school for his high school graduation a year ago and earned his license. Now, the goal for the Miami (OH) University mechanical engineering student is a strong finish at the Runoffs in Indianapolis this fall.

“This year we’re going to Indy and that should be incredible. To turn a tire at Indy is a dream come true. It’s going to be amazing.”

Become A Donor, Save A Race Car: Just because a car isn’t fit for the road, doesn’t mean it has outlived its usefulness.

SCCA racers are among some of the most resourceful people in the world, especially when it comes to getting a race car on track. So when veteran racer Mark Weber was notified of a NB-generation Mazda Miata that had set in an apartment parking lot for three years and was “junk,” he knew just what to do.

First, of course, he picked the parts that he may need for his F Production Mazda Miata, which wasn’t much. But a couple of phone calls, some tools, and a trailer to Sebring International Raceway and that “junk” Miata was picked as clean as a roadkill carcass in the desert.

The engine made its way to X Factor Racing, while the differential, transmission and hood found it’s way to OPM Racing. Advanced Autosports picked their way through the fray, grabbing the front fenders, bumper supports, rear hub and axles, and a handful of brake components.

The seats? That didn’t make it to a race track. They will live in a Datsun pickup hot rod being built by Terry Earwood, son of SCCA Hall of Famer Charlie Earwood.

So although one street car gave it’s life, as many as ten other race cars (and one rat rod) will continue on.

Winner, Winner: On track on Saturday were seven group races, each 25-minutes in length at the 3.74-mile Sebring International Raceway, the first Hoosier Super Tour race of the 2021 season. Provisional winners were: