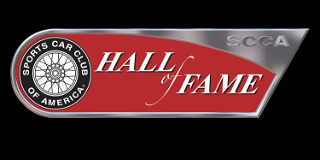 Five individuals compose the 2021 Sports Car Club of America Hall of Fame class named today, recognizing their significant contributions to the Club’s history and the world of motorsports, and adding their names to a timeless list of motorsports superstars.

Tom Campbell, John Fergus, R. Bruce Gezon, Lloyd Loring and Donna Mae Mims will officially join the SCCA Hall of Fame during a virtual induction on January 23, 2021 — the opening day of the 2021 SCCA Virtual Convention. An in-person induction ceremony is being planned for the SCCA National Championship Runoffs at Indianapolis Motor Speedway.

Read more about this year’s class, which features a Regional and National leader, an all-time great road racer, the winningest participant in SCCA history, a legendary voice and a true pioneer.

Tom Campbell has served the Sports Car Club of America in a variety of capacities at the Regional, Divisional and National level, for both SCCA Inc and SCCA Pro Racing. Campbell is a longtime member of the Mohawk Hudson Region SCCA, beginning as a competition driver and as an engineer by training has built and maintained a number championship caliber race cars. Campbell served two terms on the SCCA Board of Directors, including as Treasurer and Chairman. At the Regional and Divisional level, he was Chairman of the Northeast Division. He served as SCCA Pro Racing Chairman of the Board before becoming President/CEO of the subsidiary and leading it through a period of financial stability. Campbell oversaw the first set of Spec Miata rules for inclusion in the GCR and was instrumental in the move of the SCCA archives to its current home at the International Motor Racing Research Center in Watkins Glen, New York.

John Fergus is nearly synonymous with SCCA Road Racing’s Sports 2000 class. The Ohio Valley Region member actually began his SCCA career as an autocrosser, winning Solo National Championships in 1977, 1978 and 1979 before turning his attention to road racing. With seven wins at the SCCA National Championship Runoffs, all in Sports 2000, he trails only nine others in the history of the Club. In addition to his Sports 2000 Runoffs Championships, he also won three Pro Sports 2000 Championships. Elsewhere, Fergus also scored 13 wins in IMSA GTU competition, winning the championship in 1991. While a successful driver, Fergus was also active in his home region, establishing worker awards, worker parties and training seminars and strengthening the Region during the 1990s when it also hosted the Runoffs annually. Fergus’ respect stretches beyond the SCCA, as evidenced by his role as Vice President and Treasurer of the Road Race Drivers Club (RRDC).

Bruce Gezon becomes the first SCCA Hall of Famer to have predominantly built his SCCA legacy in road rally, rather than following in the footsteps of those who also competed in performance rally. Gezon, who is still competing at 80 years of age, is believed to have won more SCCA National Championships than any other member, credited with 43 National Championships between 1968 and 2020. Currently a member of the Philadelphia and Allegheny Highland Regions, Gezon’s SCCA record includes the most United States Road Rally Championship wins, a record 15-consecutive wins in National Rallies, the 1974 National Class A Championship by allying a perfect 50 points with 11 different rally partners (driving in six events and navigating in five), and being a member of the five-car Ford Rally team from 1969-1970, winning the Manufacturers’ Championship for Ford. Behind the scenes, Gezon is Points Keeper and also co-editor of the SCCA RoadRally rule book and has served as Rally Master of National Rallies for three different SCCA Regions and Rally Master of Divisional Rallies for five different Regions, spanning more than 50 years.

Seldom does an individual contribute to the Club in such a way that he starts a worker specialty based on his talents, but such is the case for South Bend Region’s Lloyd Loring. While participating as a successful driver in a Porsche 356 and working on South Bend’s traveling tech team, Loring discovered his skill and passion for announcing. Serving first at local events and in the CENDiv Solo series, Loring quickly became the first announcer at Solo Nationals. Although largely retired from announcing, the 92-year-old Loring continues to call select South Bend Region road races and autocross events. Loring is a member of the CenDiv Hall of Fame and a Curt Thews Award winner from his home Region for the member who has given unselfishly to the success of the Region. The Great Lakes Division has recognized his legacy by awarding the Lloyd Loring and Jeanne Ruble Achievement Award annually at the Great Lakes Division Solo Championships Spring Training weekend. Still known as “The Voice of Solo,” his trademark “Are you ready for this?” remains music to National autocrossers’ ears.

Known as the “Pink Lady” of racing, Steel Cities Region’s Donna Mae Mims established herself as a formidable competitor in sports car racing, and an active participant in Region activities and leadership before becoming the first woman to win an SCCA road racing National Championship in 1963. Though known as a Chevrolet fanatic, Mims’ 1963 National point championship came in H Production behind the wheel of a pink Bugeye Sprite. Mims was also a licensed grid worker, a member of the Region’s Board of Directors, a driving instructor, and editor of the award-winning Region magazine, “Drift.” Easy to spot in her pink driving suit, pink helmet and pink wig, with “Think Pink” emblazoned on the back of her race car, Mims also competed (with Suzy Dietrich and Janet Guthrie) in the Rolex 24 At Daytona and the 12 Hours of Sebring. At her passing in 2009 at the age of 82, her viewing at the funeral home had her seated in her race-winning 1979 Corvette.

The 2021 class joins the list below of previously selected SCCA Hall of Famers: