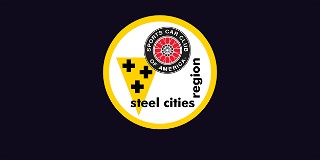 Joining Sports Car Club of America® back in 1950, the Steel Cities Region serves the area around Pittsburgh in western Pennsylvania. With more than 500 members, Steel Cities is an active Region that has fun with cars across many different pursuits.

When it comes to road racing, Steel Cities’ activities fall within Club Racing’s Northeast Division. In a “normal” year, the competition season begins at the end of March and goes through the end of October. For regional drivers, there is the Kryderacing series, which also holds races at Nelson Ledges near Warren, Ohio, and the New York State Road Racing Championship (NYSRRC), which holds events throughout the Division.

The Steel Cities road racing crown jewel is its annual double regional event at Pittsburgh International Race Complex (PittRace) in Wampum, Pennsylvania, and is called the Cumberland Road Race, which is one of the longest running, continuously named events in the country. Early in the 1950s, Steel Cities ran races on the Cumberland/Maryland airport. The Cumberland races were a very big deal, right from the start, and attracted major entrants and much publicity.

As the Region’s “home” track, PittRace is used by Steel Cities for a multitude of other motorsports events throughout the year. The venue hosts Region Solo competitions, Time Trials events for sports car enthusiasts wishing to experience higher speeds, and SCCA’s Track Night in America Driven by Tire Rack -- a non-competitive, no-stress, entertaining, easy and inexpensive way for nearly anyone who loves cars or motorsports to get on a real racecourse in their own vehicle during weeknights.

Beyond the track, Steel Cities conducts several Road Rally experiences over the course of the year, and once conducted a Pro Rally in the mid ‘90s. They are also involved with Hill Climbs. In fact, one of the Region’s first-ever events was the Sewickley Hill Climb. That course was just a pinch over half a mile on the paved roads of Lewis A. Park Estate. Today, Steel Cities hosts the annual Polish Mountain Hillclimb in Flintstone, MD, and often an event at Summit Point.

Of course, all these activities couldn’t happen without skilled volunteers who are part of the Region.  As evidence of their aptitude, multiple Steel Cities members and events have received SCCA national awards and recognition. To learn more about all Steel Cities has to offer, visit https://stcscca.com/.

This weekend will be the first time Pittsburgh International Race Complex and SCCA’s Steel Cities Region has hosted a Hoosier Super Tour stop. While this weekend’s event is not open to the general public, race fans can still follow all the action online with live Timing & Scoring, video cameras and Super Tour Radio presented by Hoosier Racing Tire at www.scca.com/live.