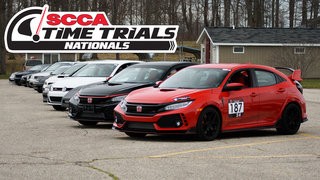 After receiving and reviewing the most recent round of feedback and comments, the Time Trials Board has released an updated version of the 2018 Time Trials Nationals Rules. This update includes:

The removal of the engine swap allowance at the Tuner level is one of the bigger changes included in this release. The decision to do so was based largely upon the survey data collected, which showed a strong preference that Tuner restricted to original equipment configurations. This also allowed the committee to simplify the classing at both Sport and Tuner levels opting for classing by make and model, as opposed to the previously explored displacement/weight formula.  The Max level will retain the formula-based classing.

Survey data also led to the decision to keep the Max category on 200TW tires, which means that three of the four categories will be competing on street tires.  Director of Experiential Programs Heyward Wagner expects that, as the program matures, people will build vehicles for Sport, Tuner Max that are not street driven, but sees the emphasis on vehicles as a means of access. 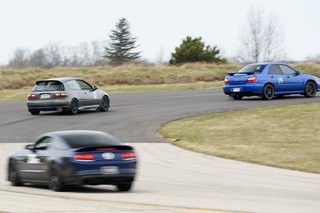 “It is not really about what you can or cannot do to your car as much as it is about what is perceived that you need to do,” Wagner said. “Requiring road going equipment encourages dual-purpose vehicles and progressive builds. It is also consistent with the core value that Time Trials is about driving the car you already have on .”

Also included in this update is the specific language for the classing of vehicles prepared for SCCA Street, Showroom Stock, Touring and Improved Touring classes.  Provided that the vehicle competes on legal tires for the Time Trials class, vehicles prepared for Street classes (Solo) and Showroom Stock (Road Racing) may compete in their appropriate class, and vehicles eligible for Touring 2, 3 and 4 and Improved Touring classes may run in their designated Tuner classes.

There have also been some allowances intending to encourage and ease the installation of safety equipment by allowing interior removal. Vehicles with approved roll bars may remove all interior pieces behind the front seats, and vehicles with approved cages may remove all interior material except the driver’s seat and dash. This is designed to mitigate some of the weight gain associated with adding increased safety while also eliminating questions about interior modifications needed to install cages and bars.

Other changes include the allowance of larger radiators and fluid coolers in Sport and Tuner levels, manual boost controllers in Tuner and chassis-mounted aero in Max.

While feedback on classing is being gathered, the focus of the Time Trials Board is now shifting toward Event Operations, Scoring and Competition Rules.  Look for an initial draft covering these topics to be released in early May.