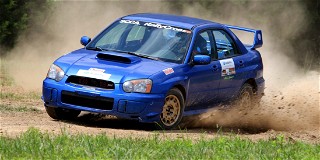 TOPEKA, Kan. (March 2, 2018) – After announcing during January’s SCCA® National Convention that this year’s DirtFish SCCA® RallyCross® National Challenge series would transform to a Region/Division operated program with National Office support, a 2018 calendar of events has been built following collaboration between the RallyCross Board (RXB), hosting regions and National Office.

The current DirtFish SCCA RallyCross National Challenge calendar for 2018 is as follows:

To construct this year’s schedule, RXB Chairman Steve Hyatt said Divisional Stewards were asked to poll RallyCross regions and discover what changes were needed to make the new model work and if various regions had an event and site to host a National-level event. The RXB and National staff reviewed the information and decided on the 2018 locations.

“A lot of history and ‘bucket lists’ are part of this year’s DirtFish RallyCross National Challenge schedule,” Hyatt said. “With events at historic tracks like Sebring and Watkins Glen, RallyCrossers will get to be involved with the history of the Club. Returning to the DirtFish facility also shows the great commitment of DirtFish and the Northwest Rally Association to growing the sport. The annual Dixie Challenge, taking place at Sebring this year, also has a long history as a must-attend event.”

Hyatt noted that a fourth weekend may be added to the DirtFish RallyCross National Challenge.  The RXB and National Staff are still reviewing options for development of such an event at a region or area that needs additional resources.

National Challenge events will still mimic the DirtFish RallyCross National Championship.  However, under the new guidelines, there will be room for organizers to insert local “flavor” to an event, with the objective being to allow for some experimentation of new concepts/procedures. The exact degree of variance will be coordinated with the RXB and National Office.

All RallyCross national classes will still run at National Challenges, but there is now also the potential to include a limited number of local classes to bolster attendance and interest.  Each National Challenge will still include two days of competition on at least two courses with between six and fifteen scheduled runs.

Each RallyCross National Challenge event will still have a National Steward selected by the RXB and/or SCCA National Staff.  The host Region/Division, however, will now manage all event functions, including but not limited to: site procurement, registration, course design, tech, timing and scoring, safety, protests, trophies and social components. Organizers must submit Event Supplemental Regulations to the RXB and National Office for approval at least 60 days in advance of the event, and regular sanction and insurance fees still apply. Under the new design, host Regions/Divisions will now retain all event registration income.