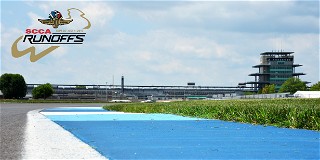 Presented by Mazda, each of the 28 Runoffs class races will be broadcast live at SCCA.com. Coverage begins at 8:20 a.m. Eastern Time on Friday, Sept. 29; Saturday, Sept. 30; and Sunday, Oct. 1. Eight race sessions are planned each day, with the day’s final event slated to start at 4:45 p.m. Subscribers to www.MotorTrendondemand.com will also have access to Runoffs events. Four one-hour, select shows will air on CBS Sports Network in December.

“Even before I was President, the Runoffs broadcast was something I looked forward to,” Michael Cobb, SCCA President and CEO, said. “Now, the partnership with TEN, Motor Trend OnDemand, and CBS Sports Network is going to bring the best road racing anywhere to even more people. We’re really excited about sharing this premier SCCA experience with enthusiasts across the country.”

“The SCCA Runoffs are one of the greatest weekends in Motorsport and has launched some of the most successful drivers in American road racing,” Bobby Akin, TEN: The Enthusiast Network’s SVP and General Manager of Original Programming, said. “Motor Trend OnDemand is extremely proud to be a part of this mythic event!”

Four days of Runoffs qualifying began Monday, Sept. 25. Coverage of qualifying, including static trackside videos and color commentary, will be available only at SCCA.com all four days.

American Sedan, Formula F, GT-2, Spec Miata, Spec Racer Ford Gen 3 and Super Touring Lite will all be called at the Runoffs as if they are going to CBS. A myriad of factors will go into making final determination of races to be aired, including production and on-track qualities.

The winner-take-all 2017 National Championship Runoffs will consist of 19-lap or 40-min. races on a 15-turn, 2.592-mile road course. The circuit layout consists of ten right-hand and five left-hand turns, as well as a main straight 3,700 feet in length. The configuration includes portions of Indianapolis Motor Speedway previously utilized by Formula One for the U.S. Grand Prix and currently used by the Verizon IndyCar Series for the Grand Prix of Indianapolis.