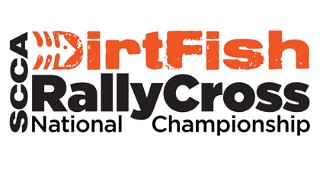 TOPEKA, Kan. (Aug. 1, 2017) - Registration is open for the 2017 DirtFish SCCA RallyCross National Championship taking place October 20-22 at Heartland Park Topeka in Kansas. Previous RallyCross National Championship winners from the last five years can sign up now to compete in this, the 11th anniversary of the event. On August 8, registration opens for all other competitors.

The entry cap this year is set at 125, and all competitors must be annual SCCA members. The cost is $140 per entrant. Early registration closes at midnight CDT, October 2, at which point the entry fee becomes $180 per competitor.  Then on October 17, online registration ends.

The 2017 DirtFish SCCA RallyCross National Championship begins Friday, October 20, with event check-in, class inspection and Tech.  Courses will be open to competitors for walking tours later on Friday, and a pay-per-run practice course will be available to drivers.  There will again be three unique course layouts over the weekend.  Runs are timed to 1/1000th of a second with missed “gates” resulting in a 10-second penalty.  Class winners are based on the total time of all runs Saturday and Sunday.