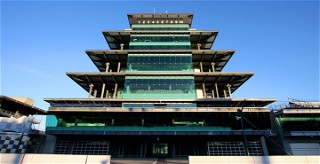 Topeka, Kan. (Oct. 21, 2016) -- Planning is underway for the 2017 SCCA National Championship Runoffs taking place in September at the iconic Indianapolis Motor Speedway.  While largely unchanged from 2016, the addition of the new Hoosier Racing Tires SCCA Super Tour series has prompted some tweaks to the process by which racers receive invites to compete at the annual extravaganza.

Three distinct paths exist for racers to gain eligibility for a Runoffs invitation. For those involved in Hoosier Super Tour or U.S. Majors Tour Conference events, drivers must first participate in a minimum of three separate weekends, in any Conference, and have a minimum of three individual race starts, all in the same class.  Additionally, competitors must meet one of the following:

- Finish in the top 10 of a Conference’s point standings in class, or score points in the top 50 percent of a class with more than 20 participants.

- Score points in the top 50 percent of a class in the Hoosier Super Tour Championship point standings.

The most significant change to the 2017 qualification path centers on the transformation of the previous Nationwide Point Championship to the Hoosier Super Tour Championship. The class point “bogey” based on the previous year’s top-50 percent mark has been removed because of the significant change to that championship’s structure.  And it’s important to note that points are only earned in the Conference overseeing a race weekend, except for Super Tour events where points count toward both the Hoosier Super Tour Championship and the Conference organizing the event.

A Divisional Championship path to a Runoffs invite also remains an option.  Here, a competitor must first participate in the same class for a minimum of four weekends within a single Divisional Championship.  Then, racers must finish in the top three positions within a class point standings, except for Spec Miata, Spec Racer Ford and Spec Racer Ford Gen3 where the top five will be invited to the Runoffs.  A competitor must qualify in the same class in which he/she is entering the Runoffs, though he/she may compete in any car eligible for the class.

In addition to the top three (top five in SRF/SRF3/SM) Divisional Championship points earners nationwide, drivers in the top 50 percent in the CenDiv and Great Lakes Divisions for 2017 will be eligible for Runoffs invitations dictated by available space.

If a Divisional Championship is not concluded at the time of the Runoffs, invitations will be extended to competitors meeting the requirements three weeks prior to the start of the Runoffs, thus allowing Divisions to run programs year-round.

And of course, defending Runoffs winners also get an invite.  Such drivers who have not met requirements as stated above may be accepted as a Runoffs entrant.  But in such an instance, the driver can only compete in the class or classes being defended, though he or she may compete in any car eligible within the class.  However, a driver may not invoke this provision two-consecutive years in the same class, even if he/she repeats as a National Champion.

Runoffs qualification path changes for the 2017 General Competition Rules (GCR) are now posted in the November 2017 Fastrack® News at www.scca.com/fastrack.

So, check calendars, make travel plans and get races in to make sure you are at the first ever SCCA National Championship Runoffs at Indianapolis Motor Speedway.