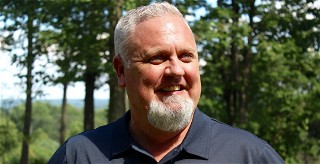 Collins, a veteran of the United States Marine Corps, brings with him over 20 years of experience in the motorsports and event industries.  He started at the bottom, literally sweeping the floors, and worked his way to the top of one of the nation’s leading special events and exhibition companies.  After running some of the country’s largest trade shows and special events, including multiple presidential inaugurations, Collins left the leadership of that company for the opportunity to pursue a full-time motorsport career.

Collins is the founder and managing partner of Meathead Racing, one of the largest amateur motorsports teams in the United States.  He has successfully raced at every level of the sport and this year competed in the Battery Tender Global Mazda MX-5 Cup presented by BFGoodrich Tires.  Collins has been a dedicated SCCA member for 15 years, serving as a member of the Spec Miata Advisory Committee, a National Scrutineer (2009 Runoffs Line Chief for Spec Miata), the Washington DC Region Licensing Chair, and a Competition Committee Member.  While remaining dedicated to the motorsports industry, he helped launch a new exhibition company in 2011 and most recently served as its Senior Vice President.

Steve Harris, Chairman of SCCA Ventures Inc., said Collins, a native of Washington, D.C., will be in control of Pro Racing’s day-to-day operations, partnerships and budget.

“Mike knows his way around motorsports and has a proven record in event management,” Harris said. “He is the perfect choice to shepherd along SCCA Pro Racing’s F4 United States Championship powered by Honda, Pirelli World Challenge, the Trans-Am Series and Battery Tender Global Mazda MX-5 Cup presented by BFGoodrich Tires, as well as the Atlantic, F2000 and F1600 Championship Series.”