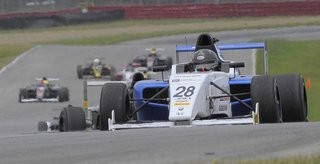 The schedule for the inaugural season of the Formula 4 United States Championship powered by Honda has been finalized with New Jersey Motorsports Park in Millville, New Jersey, hosting the series Aug. 26-28.

“New Jersey Motorsports Park is unfinished business for the F4 U.S. series because we had to postpone our race there earlier this summer,” SCCA Pro Racing President and CEO Derrick Walker said. “We certainly appreciate their patience and willingness to work with us to have us back for an exciting round coming up in August.”

The next scheduled race for the F4 U.S. Championship takes place Aug. 11-13 at Mid-Ohio, leaving less than two weeks before the start of the event in New Jersey.

“The amendment of the schedule will leave 13 days between our second showing at Mid-Ohio to the third event held in New Jersey,” Walker said. “Typically teams have a month or longer to prepare for a race. Putting the time constraint on these new drivers will help develop them for the real world of professional racing.”

Fans can view a comprehensive schedule of events at F4USChampionship.com in the upcoming week.