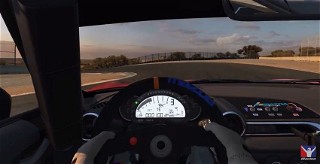 This morning iRacing released big changes to their online racing simulation platform. While there are a variety of changes, users immediately latched onto one: The 2016 Global Mazda MX-5 Cup car is now available free to all users.

“The newest Mazda MX-5 embodies the classic top down, sports car characteristics that have made previous generations of MX-5s genuine classics: an engaging blend of power, nimble handling and comfort in an affordable package.  iRacing is proud to have contributed to the design and development of the MX-5 which, like its predecessors, quickly became the world’s most raced production car with the Battery Tender MX-5 Cup in North America and similar series in Europe and Asia.  Each year the international Mazda MX-5 competition culminates in the crowning of the Global MX-5 overall series champion during the Global Finale at Mazda Raceway Laguna Seca.”

Learn more about iRacing and membership packages at iRacing.com.