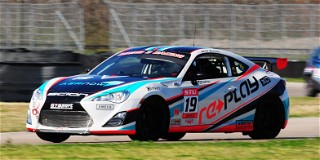 AVONDALE, La. (February 28, 2016) – The second day of U.S. Majors Tour racing at NOLA Motorsports Park carried the torch from the first, delivering close racing and fast times. Drivers in six classes posted new track records during the day’s races. The speed and clean racing were a great testament to the quality of drivers competing in the SCCA U.S. Majors Tour.

Sunday’s races kicked off with the highly popular Spec Miata class. Thirty-two cars started the race in the late morning. Within the first two laps, the pack settled into single file, only deviating when a driver chose to make a strategic move. Four drivers held the lead throughout the race. Pole sitter Chris Haldeman held onto the position he earned in qualifying for the first three laps in his X-Factor Racing Mazda Miata. Blake Clements then claimed the position and held on for an additional four laps in his OPM Autosports/G-LOC Brakes Miata, despite growing pressure from Andrew Carbonell in his BSI Racing Miata. Carbonell took the position on the eighth lap and held the lead despite the top four cars running in a tight string. On lap 13, Clements made an attempt to regain the lead, only to be denied and end up back in fourth. This move opened the door for Selin M. Rollan in his Apex Alignment/BSI Racing/Rossini Racing Miata. Rollan claimed the top spot on the second-to-last lap, but it was not over yet. Multiple racers attempted to make passes for the top spot on the last lap only to be denied. Rollan held on to take the first checkered flag of the day.

Just after lunch, the Spec Racer Fords gridded up for their 18-lap race. Denny Stripling started on pole in his Southeast Spec Racer/PlantingSeedsCC SCCA Enterprise Gen3 Spec Racer Ford, but wouldn’t hold that position. After one lap of racing, Stripling was shuffled back to third with Tray Ayres taking the lead in his Ayres Racing SRF3, and Brian Schofield taking second in his PM Racing SRF3. Those two would break away from the remainder of the pack and battle between themselves for the remainder of the race. Ayres held the lead initially for six laps before Stripling took his first turn at the top spot. He held on for three laps before Ayres was back up front. In his shortest possession of the lead, Ayres was overtaken after just two laps by Schofield. That wouldn’t be the final pass for the lead as Ayres took back the top spot with two laps to go. He was unpassable from there on, despite the best attempts of Schofield. Stripling was able to finish out the podium after falling as low as sixth.

Father-son teammates Buz and Brad McCall swept the weekend in T1 and STU respectively. Buz McCall is making a triumphant return to SCCA Club Racing with his Round 3 Racing Porsche Cayman S, winning both races this weekend at NOLA Motorsports Park. He said Saturday that these represent his first Club Racing wins in over thirty years and credits his son with his return to the sport. Brad also had a banner weekend in his Round 3 Racing Scion FR-S, winning both races.