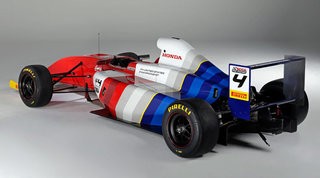 “At the F4 United States Championship launch, we stated that we were searching for a five-stop, 15-race schedule on premier tracks, concentrating on the eastern half of the United States to start,” Steve Oseth, SCCA Pro Racing GM said. “We’ve done that, and now can let those interested in the Series know not just what they can race, but when and where.”

The following two stops on the schedule are at New Jersey Motorsports Park, June 10-12, and Mid-Ohio Sports Car Course, August 13-14. Both events include participation from SCCA Pro Racing’s Trans Am Series, with the Mid-Ohio date highlighted by the NASCAR Xfinity Series.

Road Atlanta, September 17-18, will be shared with HSR’s fall vintage weekend. The inaugural championship will conclude at Homestead-Miami Speedway with Trans Am, October 9-10.

A mid-season break was built into the schedule to allow each team a chance to reset before the push to the end of the season. With two events still on the calendar, everyone can examine data from the first part of the season to optimize both car and driver for a chance to capture the inaugural series championship.

An American-built Crawford carbon-composite chassis and Honda K20 C1 2.0-liter engine, producing the FIA-mandated 158 hp, leads the series. Pirelli P Zero racing radial tires complete the package, which will meet the FIA price cap of $45,000 for the chassis, including paddle shifters, data acquisition and camera. The Honda engine will carry a one-year lease price of $6,600. Tires will be priced at approximately $250 apiece, with a maximum allotment of six tires (three front, three rear) per race weekend.

Cars will begin delivery to customers in January.

At the September launch, the Series announced a prize plan of $1,000 to win each of the three weekend races, with an additional $1,000 prize to the “weekend champion,” the driver who scores the most points in the three-race event. $500 and $250 goes to the additional podium finishers in each race of the season. A cash prize is also up for grabs for the top three season-long Championship finishers.

More information on the F4 United States Championship Powered by Honda can be found at F4USChampionship.com.