RallyCross National Champions to Be Crowned In Iowa 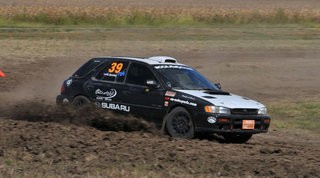 TOPEKA, Kan. (Aug. 7, 2015) – The SCCA RallyCross® National Championships will decide national titles in nine classes Aug. 8-9, in Indianola, Iowa, site of the National Balloon Classic festival. This will be the 11th edition of the season-ending event for the RallyCross community.

This year’s event is just four drivers shy of the event’s high water mark of 109, set in 2014. In addition to being the second-largest turnout in the event’s history, the National Championship will be heading to a new location at the National Balloon Classic festival grounds. After a three-year run in Oklahoma, the event moved to Hastings, Nebraska, last year. The new and unknown challenges of a new location will make for an exciting and more interesting title fight for competitors and onlookers alike.

Classes are run for Stock, Prepared and Modified cars – each of which is further grouped by front-, rear- and all-wheel drive vehicles. Class winners from 2015 range from the 1988 Honda Civic, driven by Kent Hamilton, to a 2006 Mitsubishi Evo, one driven by Charles Wright and another driven by Warren Elliott.

The Des Moines Valley Region SCCA, the host for this event, will oversee the creation of three courses in the grass parking area near the location of the annual festival. Competitors can expect to have four to six runs on each course, with the event broken up into three sessions – one on Saturday morning, another on Saturday afternoon and concluded by a Sunday morning session. Final times are the aggregate of each and every run, which means consistency throughout the weekend is extremely important.

The racing action gets underway, Saturday morning, at 8:30 a.m. (CDT). Day-two festivities begin at 8:00 a.m. (CDT), on Sunday. Live timing for the event can be seen here.

Additional information on the SCCA RallyCross National Championship, including registration, entry lists and results, can be found by clicking here.