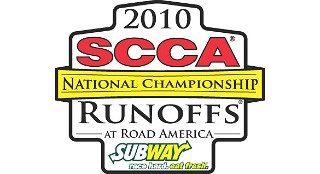 TOPEKA, Kan. (July 30, 2010)  For the fourth-consecutive year, SCCA.com will host polls for each class racing at the 2010 National Championship Runoffs Presented by Subway, held Sept. 20-26 at Road America. Polling begins Sunday, Aug. 1.Each race will have a separate poll with six selections from which to pick the 2010 National Champion. Three selections come from the podium picks from SportsCar Magazines Who Will Win article. Two additional drivers are options based on this seasons or previous years performance. Finally, a field pick is an option for anyone not specifically listed as a selection.Races will be posted on SCCA.com in the order they will compete at the event, but only one poll will be posted at a time, meaning you can only vote for a class on the day or days that it is open on the site.The poll schedule is below. Polls open at 12:00 AM (Midnight) on the date listed. Each poll can be accessed on the home page of SCCA.com.