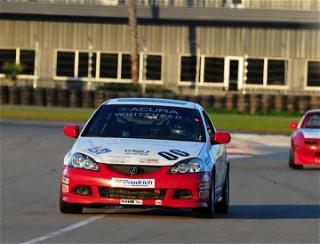 College Station, Texas (May 22, 2015) - A pair of Majors doubleheader events are on tap for the this three-day holiday weekend. Featured will be the Mid-States Conferecne at Texas World Speedway and the Western Conference at Pacific Raceways.

Many will have thier eye on the Majors taking place in the Lone Star State as it will most likely be one of the last big race weekends at the circuit which has become a favorite of many SCCA Club Racing drivers. This race will serve as round five and six of the 12-race Mid-States schedule.

The penultimate weekend of the conference calendar will take place out west at Pacific Raceways, starting Saturday and running through Monday. A total of 28 Conference Championships are coming down to the wire as we head into the final four races of the 2015 season.

Here's what to look for:

Last Run for Texas World: This race weekend is currently slated to be the final Majors event held at the track before it is torn down to make way for residential and commercial development. While it has been reported that development plans have hit a legal snag, and the track has decided to book events through the end of the year, this is most likely the last time the venue will host national-level SCCA racing.

Since its completion in 1968, the track has held numerous professional-level motor races, including NASCAR, IndyCar and ARCA. In more recent years, the track has become a favorite of many SCCA Club racers because of its high speed and flowing turns.

Notable Names at Pacific: The entry list at the Pacific Majors has some big hitters when looking at their career driving record. Included among those notable drivers is multi-time National Champion Joe Huffaker. He will be doing battle behind the wheel of an F Production Mini this weekend. Also on the entry list is national-level Spec Racer Ford stalwart Todd Harris.

Past Majors Champion Scotty B White will be pulling double duty, racing in both GT-2 and Touring 4. Frontrunner Derrick Ambrose will also be behind the wheel two cars, both in Touring 4 and B-Spec.

Spec Surplus: Both the Spec Miata and Spec Racer Ford fields at Texas World Speedway will be sizeable. In Spec Miata, 28 drivers are slated take to the circuit to decide two race winners during this doubleheader weekend. Matt Reynolds and Craig Berry are just two examples of the top-level talent that are registered to race.

In the Spec Racer Ford category, 24 SRF drivers have registered, while 12 drivers of the new Gen3 cars plan to attend the event. With the evenly matched cars in each class, the racing should prove to be intriguing as things play out on the 2.9-mile circuit.

Texas Touring Tornado: Also boasting large entry numbers for the Mid-States Conference battle is the Touring Group, made up of the Touring 2-4, Super Touring Lite, Super Touring Under and B-Spec classes. Names to look for in this group include Toby Grahovec (T4), Mike Pettiford (T2), Steve Taake (B-Spec) and Stan Czacki (T4). Each of these racers has the ability to nab a win, but will have to fend off a host of other hungry drivers.

Be sure to follow live timing for the entire weekend by visiting SCCA.com/SCCALive.