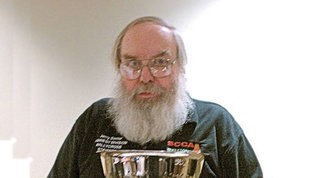 (April 9, 2015) - SCCA member and RallyCross advocate Jerry Doctor passed away on Tuesday, April 7, after a long struggle with heart disease. Jerry has always held a special place for the SCCA, and its members, in his heart.

Jerry spent much of his time in the SCCA, as a board member, and as an RE trying to do whatever he thought was best for the club and its members. But, he also put equal passion into chronicling the history of our sport via his photography, always taking great care that at least one image, of each driver, from each car was recorded in film for each event.

Jerry was the second winner of the SCCA DirtyCup. The highest award given out within SCCA RallyCross that recognizes a member annually that has made extraordinary contributions to the sport of SCCA RallyCross.

His efforts did not begin or end with the SCCA though; he was also a chemistry teacher for roughly 40 years within the Omaha Public Schools and, later, the University of Nebraska at Omaha. He taught chemistry to any student who wanted to learn and he was dedicated to helping those students not only to succeed, but to excel.

But, most importantly, he was a son, a brother, a father, and a grandfather. He was always there for each of us, to teach us, to scold us, or to love us as he deemed necessary and we love him for it. He is survived by his sister, his daughter, and his two grandchildren and he is greatly missed already.