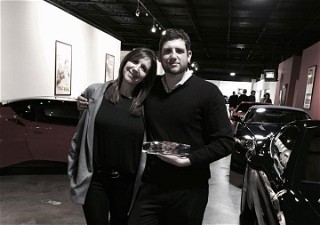 As part of the Rocky Mountain Divisional Convention, held Jan. 25, Rupert Berrington was given the Spark Plug Award. This is an annual award given to an individual, Region or Division that has made an outstanding effort in promoting and publicizing RallyCross using many media platforms.

In total three awards were given out at the Southeast Divisional Convention, on Jan. 31. Charles Wright, the SEDIV RallyCross steward, accepted the Divisional RallyCross Program of the Year award on behalf his division. The Tennessee Valley Region was presented with the RallyCross Region of the Year.

As part of the festivities, Rick Mitchell was given Club Racing’s David Morrell Award. This honor is given to an active National Chief Steward for exhibiting outstanding performance and dedication to the sport while upholding the highest of principles. Morrell was selected by the Chairman of the Stewards and the remaining Executive Stewards.

Presented the same day on the opposite coast at the San Francisco Region Solo Awards Banquet, Mark Scroggs took home Solo Rookie of the Year honors. Scroggs earned the award after claiming the G Street National Championship in his first trip to the Tire Rack Solo National Championship. With limited competition experience, he earned the title with a 0.4-second margin of victory over 26 other drivers.

On Feb. 6, two awards were presented at the Chicago Region awards dinner. Al Varacins was awarded the Club Racing Crew Chief of the Year, while Daniel Bender was named the winner of the Kimberly Cup for being the most improved Club Racing driver after winning a Touring 4 National Championship.

At the Midwest Division Convention that same night, Cliff Ira was named the Jim Fitzgerald National Rookie of the Year in Club Racing. Ira was the Super Tour Lite National Champion in 2014.

Still to be given out at the SCCA National Convention during the SCCA Hall of Fame and Awards Banquet presented by Mazda on Saturday, Feb. 21, are the Woolf Barnato Award, Member of Excellence, President’s Cup and Solo Driver of the Year. The RallyCross Dirty Cup will be awarded to the winner at a future time.

Below is a summary of awards and the winner, broken down by discipline.

Additional information on each award presented by SCCA can be found here.