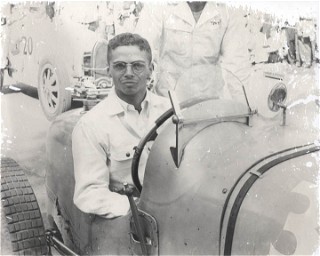 TOPEKA, Kan. (April 23, 2008)  Sports Car Club of America is sad to report that former SCCA Executive Director and Hall of Fame member Cameron Argetsinger passed away Tuesday.An SCCA member since 1947, Argetsinger is best known for organizing the Watkins Glen Sports Car Grand Prix around the roads of Watkins Glen, N.Y., and later creating Watkins Glen International, when the street race was deemed too unsafe. Argetsinger brought the Formula 1 to the track in 1961 for the United States Grand Prix, making it the epicenter of American motorsports for two decades. After working at Chaparral Cars for several years, in 1972 Argetsinger became the Director of Professional Racing and then Executive Director of SCCA, the equivalent to todays President. Argetsinger left the SCCA post in 1977 to return to his law practice, but in 2002 was named President of the International Motor Racing Research Center in Watkins Glen. In 2005, he became an inaugural member of the SCCA Hall of Fame for his tremendous contributions to road racing in the U.S.Argetsinger was 87. He is survived by his wife Jean, nine children, 15 grandchildren and 11 great-grandchildren.A funeral mass will be held on Sunday, April 27, at St. Mary's of the Lake Church in Watkins Glen. Afterwards, the family plans to meet with friends at the Racing Research Center. In lieu of flowers, the family suggests contributions to the Research Center.