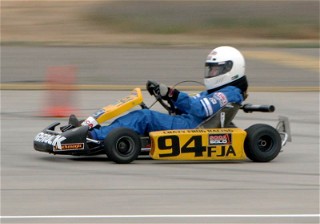 TOPEKA, Kan. (March 5, 2008)  In addition to releasing the run order for the 2008 Tire Rack® Solo National Championships, Sports Car Club of America has announced the addition of Formula Junior A and B to the event as well as to the Tire Rack® Pro Solo Finale. Changes have also been made to the event entry form.For the first time ever, both Formula Junior classes will be allowed to compete at the Tire Rack Solo National Championships as a supplemental class. Drivers need to be between the ages of 8 and 15 and must have competed in a 2008 Divisional or National Tour event to be eligible. The class will run as heat zero, beginning at 8 a.m. on Tuesday and Wednesday, and will complete all runs prior to regular class competition, which begins at 8:30 a.m. Formula Junior drivers will be required to complete a work assignment. The class does not have Championship status, therefore a Championship jacket will not be awarded, but winners will receive a trophy at the awards banquet.Also for the first time ever, both Formula Junior classes will run at the Tire Rack ProSolo Finale. The classes will have Championship status, so a Finale winner and a year-end points Champion will be crowned in each class and receive a Championship Cup. Drivers must be 8 to 15 years-old to compete and must have run two ProSolo events to be eligible to enter the Finale. Formula Junior classes will continue to be ineligible for Challenge competitions.Another change for 2008 has been made to the Buddy Certificate program. Instead of receiving a $25 credit toward a 2009 National Tour for bringing a rookie to the Solo National Championships, the Region that brings the most first-time entrants will receive an exclusive t-shirt declaring Region Name brought the most Rookies to the 2008 Tire Rack Solo National Championships. Because of this change, entrants will be asked for their shirt size on the entry form.Also new on the entry form is a line to enter your transporter or trailer size. The added information will help officials plan more efficiently. It is not intended for making specific spot requests, nor is it a guarantee that a specific space will be available.The 2008 Tire Rack Solo National Championships run order is listed below. Registration is expected to open in early April. For more information click the orange Solo tab above.