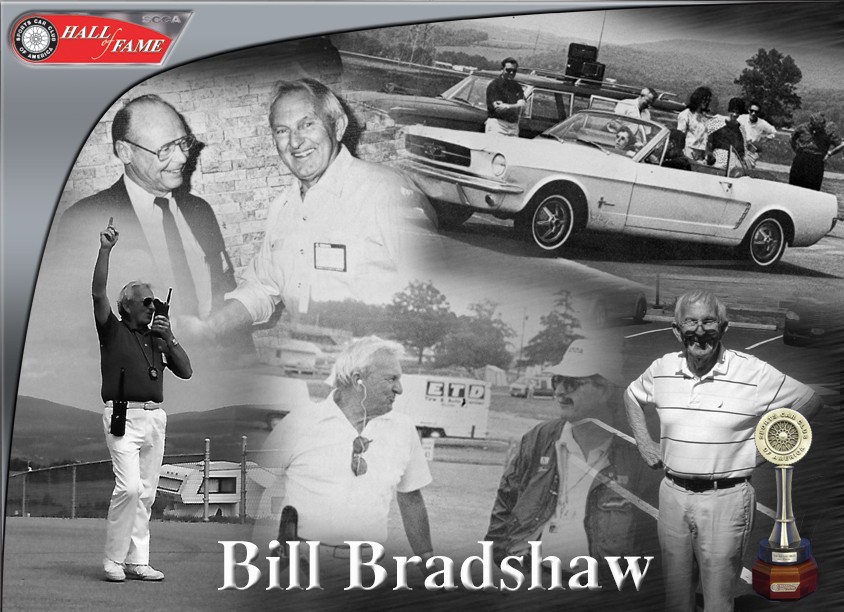 Over his 50+ years as an SCCA member, William “Bill” Bradshaw held many positions within the Club and earned many awards, including The Carl Haas Award for outstanding service to SCCA, Glen Region's Jacquelyn Holman Race Worker of the Year Award, Glen Region RE's Award, and the Northeast Division’s Floyd Stone Award for excellence among Stewards. As a steward, he took an interest in driver safety, gathering statistics on incidents and outcomes to create risk management profiles. His process for data collection, analysis and reporting helped form the current Club Racing Safety Steward model. Bradshaw’s commitment to safety extended to supporting and promoting the recognition of Emergency Services as a separate, unique specialty, an effort that resulted in the creation of a stand-alone license for Emergency Services.

In 1975, Finger Lakes Region requested Bradshaw’s assistance as they attempted to create a stage rally in northern Pennsylvania. The Susquehannock Trail Pro Rally (STPR) became a perennial highlight of the SCCA Pro Rally season and Bradshaw continued to tirelessly support it. In 2004, the Pro Rally community created the Bill Bradshaw Award for volunteerism.

Bradshaw’s commitment to SCCA and the Northeast Division never waned. In the 1990s, he ran for a position on the SCCA Board of Directors (BOD) to represent Area 10. However, Bradshaw did not reside within the Area’s geographic boundaries. But the support for Bradshaw’s candidacy was such that the Central Pennsylvania Region, where he lived, actually ceded Bradshaw’s home county to Glen Region in Area 10, thus forever redefining the border between the two areas. Bradshaw went on to serve two full terms on the BOD.