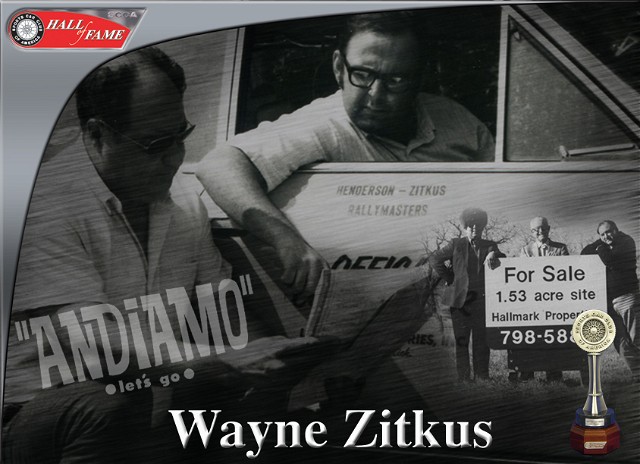 Wayne Zitkus began running road rallies in 1962, and had a very successful competition career, so much so, that he still stands sixth in lifetime points even though he has not actively competed for the last 25 years. He expanded his participation to include performance rallies and chairing National and Divisional rallies. He was Chairman of the Road Rally Board when the SCCA Pro Rally series was created. He was elected to the SCCA Board of Directors and served the club as treasurer, including the very rare honor of being asked to stay on in that capacity after his elected terms expired. He has participated in organization of SCCA at the regional, divisional, and national levels and been involved in all competition forms of the sport. He is a past recipient of both the Arthur Gervais Award and the Robert Ridges Award in rallying and the Haas/Barnato Award for outstanding contribution to the club.