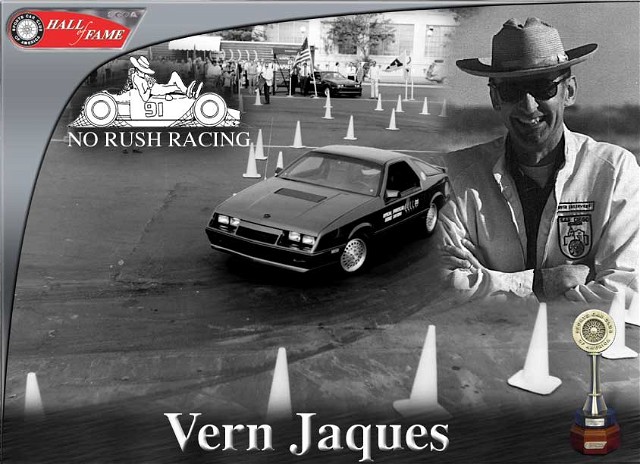 Many people view Vern Jaques as the father of the sport of Solo. He wrote the first article for SportsCar magazine, proposing that the SCCA create a new category of competition for single cars at moderate speed. The Board of Governors decided to go forward with the idea and tapped him to chair the committee that expanded the idea and created the original set of rules. He also served as Chairman of the Solo Events committee. The sport of Solo, as we know it today, is all descended from what he started. He was also an excellent contributor for SportsCar magazine and Competition Press, the forerunner of today’s AutoWeek. He wrote on all forms of SCCA competition and was three times recognized as SportsCar’s outstanding contributor. Vern’s wife, Katie Jaques and his daughter, Barbara Jaques Fraire accepted this award.