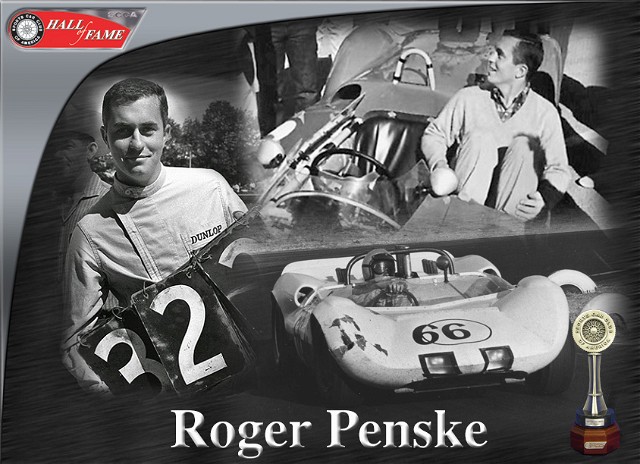 There is arguably no person more successful in North American motorsports than Roger Penske, and his start came with the Sports Car Club of America. Penske began as an SCCA driver, where he became the only driver to win the Presidents Cup three times – in 1960, 1962, and 1963. In 1961, despite winning the President’s Cup a season earlier, he took home the Kimberly Cup for most improved driver! He captured the Sports Illustrated Driver of the Year award for his work that year as well. Penske, the driver, won four consecutive SCCA National Championships from 1960 to 1963. Mr. Penske didn’t leave motorsports after retiring from driving in 1965 at the age of 28. Beginning his own race team and pairing with fellow SCCA Hall of Famer Mark Donohue, Penske’s race teams won six of eight USRRC races in 1967 and three of 12 Trans-Am races, then won 10 of 13 Trans-Am races the following season. That, too, was far from the end, of course. Penske drivers have their faces on the Borg Warner trophy 16 times; you can also find Team Penske drivers as IndyCar, NASCAR and Sports Car champions; and on the trophies for the Daytona 500 and nearly every major race in North America. Simply, if you want to compete in any major professional racing series, you know that the benchmark is Team Penske.