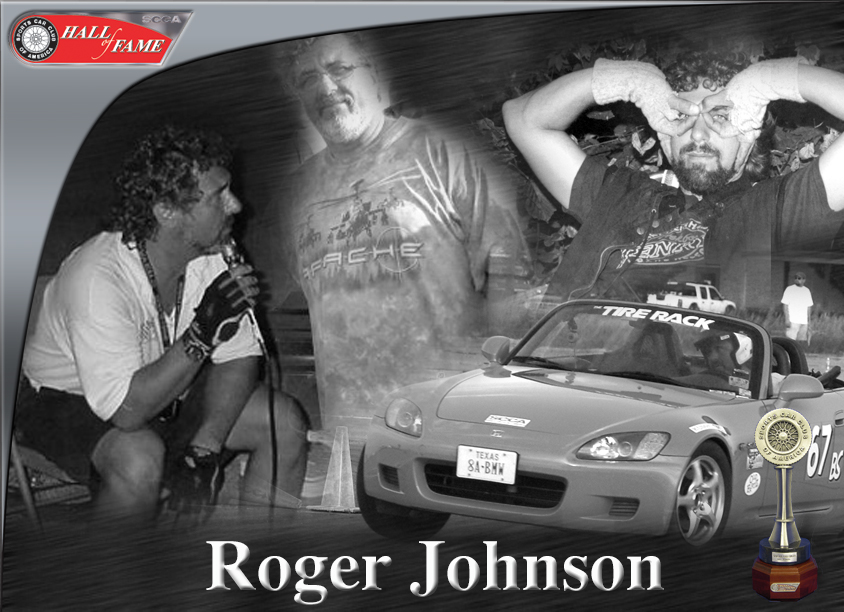 Roger H. Johnson wrote the book on autocross course design – literally. In the mid-90’s, inspired by fellow Hall of Famer Karen Babb’s convention presentation, Roger used his course design knowledge and production graphics background to create a course design manual readily available on the internet for all to use. In time, the knowledge collected has grown to 125 pages. Roger created his first Tire Rack Solo National Championship course in 1991, but forgot an important step – planning to attend the event. With his friend, Ms. Babb’s, help on site, his course was worthy of a repeat in 1994, 1995, 1996, 1998, 1999, 2001, 2003, 2007, 2008, 2010 and 2012, with a ProSolo finale course in 2004 for good measure. Never one to keep his knowledge to himself, Roger has taken his presentation on course design to all corners of the country, including Alaska, improving the quality and safety of autocross course design around the United States. He has served as Regional Executive, as Chair of the Tire Rack Solo Nationals for the first year at Heartland Park Topeka, a huge challenge at a new venue, and been a Chief Steward for the Solo Nationals in Lincoln.

At former Formula 1 and IndyCar driver Eliseo Salazar’s request, Roger recently traveled to Chile to export SCCA Solo to motorsports enthusiasts south of the equator. For the past two years, friends he made on his trip have traveled to Lincoln, Neb., to compete on SCCA’s biggest autocross stage. His formal recognitions from the Club include the 2003 Solo Cup and the 1998 Spirit of the Sport Award. And while he named himself the Real Roger Johnson, to distinguish himself from the famous and 2008 SCCA Hall of Famer Roger E. Johnson, it’s safe to say that the Real Roger Johnson is now also famous as well.