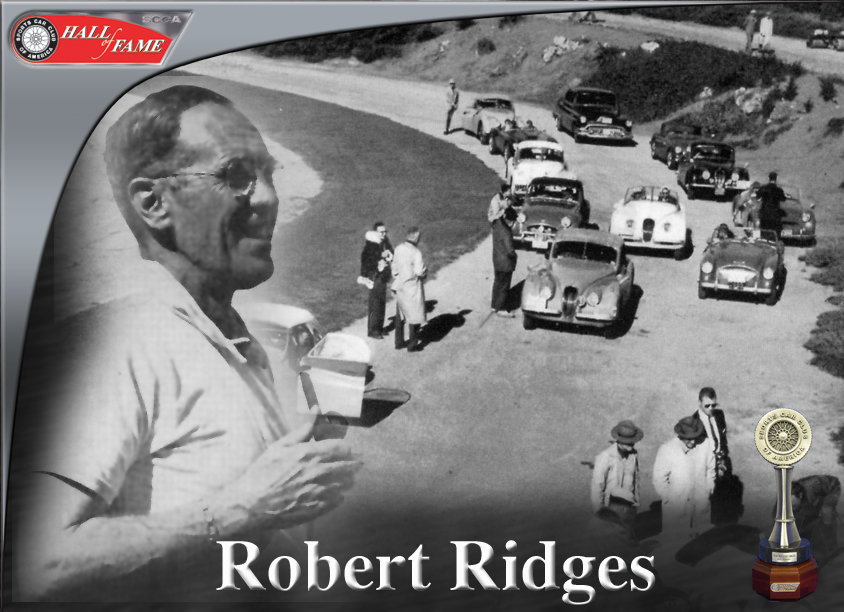 Robert Ridges was Secretary of the Rally Board from its inception in 1957 until his death. He was one of those responsible for the creation of road rallying in the US as we know it.  He played a major role in the creation of the early road rally rules and was the continuity that helped steer the early rally boards.  SportsCar said in his obituary: "Bob was a sportsman in the truest sense of the word.  To him sportsmanship lay in the manner of performance rather than in the winning; though as a competitor he always strived to do his best.  His honesty, integrity, sincerity and never failing good humor as well as his dedication to sports car activities has left an indelible mark."  His name graces the award given to the SCCA member who exemplifies the highest degree of dedication and sportsmanship to the sport of rally.