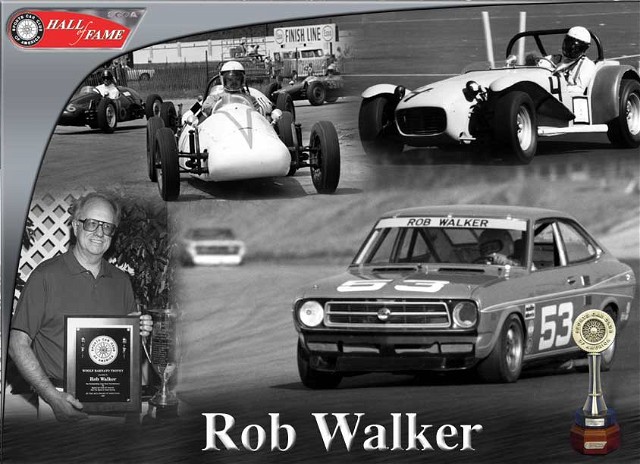 When I think of Rob Walker, I think of high technology race cars. I think of advanced forms of motor racing vehicles. And I think of foresight into how to develop a racing class. Fortunately, I also think of a man that I can kid around with after the time we spent together when I was on the Board of Directors and he was on the Competition Board. Rob Walker is a winner of three of the SCCA’s highest awards (the John McGill Award, the Dave Morrell Memorial Award and the Woolf Barnato). He has been a well respected member of the competition Board, now known as the Club Racing Board, chairman of the Competition Board, a member of the Court of Appeals, and Chairman of the Court of Appeals for a total of over 20 years. Rob is widely respected for his technical knowledge and ability to work within the political arm of the club to make the right things happen. He still participates as an event steward and as a driver. Mr. Rob Walker was present to accept his award.