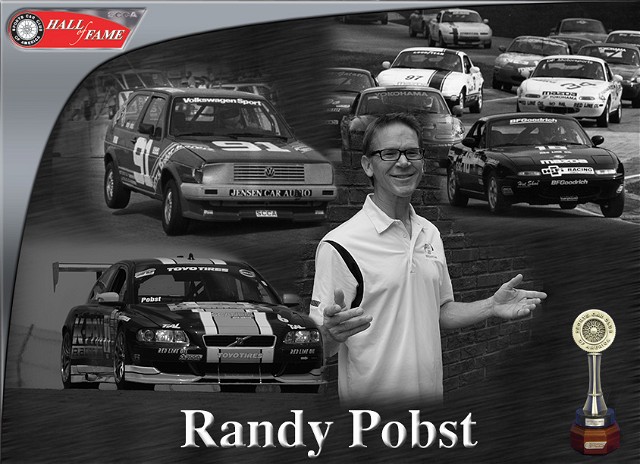 Pobst began his motorsports career in SCCA Solo competition, earning a National Championship in E Stock in 1983, and again in G Stock in 1986. By 1986, Pobst has also scratched and clawed his way onto the race track, earning Solo One national Championships in 1986 and 1987. In 1987, Pobst added a ProSolo class title in D Street Prepared. Moving from autocross to Club Racing, Pobst was the man to beat in the early 90’s Showroom Stock classes. Pobst followed a second place finish in his 1991 Runoffs debut with a National Championship in 1992 in Showroom Stock C, finished second in 1994, and had a Showroom Stock A win and a runner up in 1995, giving him two wins and three silver medals in 6 attempts.

Through his professional racing career, Pobst won three SCCA Pro Racing World Challenge GT championships, and narrowly missed Touring Car titles. Elsewhere, he is a two-time winner of the 24 Hours of Daytona, a North American Touring Car Champion, has driven as a factory driver for Porsche, Audi and Volvo, and has more than 70 professional race wins. Pobst’s impact on the Club and its membership goes beyond his driving. He has written a respected column for SportsCar Magazine for a decade; He has been a television broadcaster for the Runoffs; and got involved in the inaugural season of Track Night in America, helping to spread his love of motorsports to newcomers.