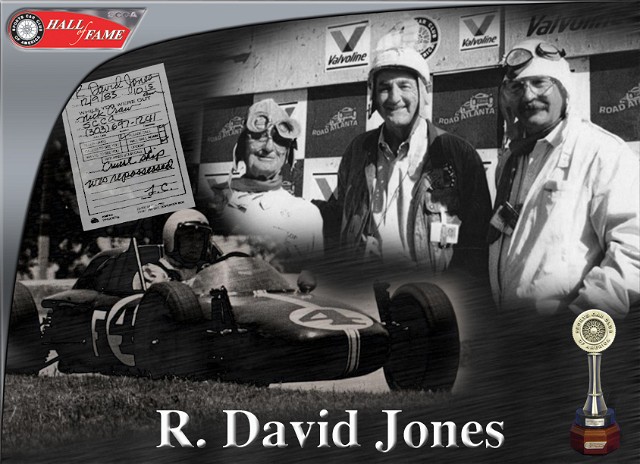 David Jones joined SCCA over 50 years ago, and they have been very active years. His involvement began when he showed up at Eagle Mountain Air Base in Texas, expecting to compete in a drag race, and discovered instead that there was a sports car event going on. He stayed and became a volunteer race worker and he met drivers and began crewing for them. That led to the opportunity to begin driving while also becoming more heavily involved in helping run the local club. He rose through the ranks of the club, racing successfully for years in Formula Vee, and holding a variety of Divisional positions. He also served on the SCCA Board of Directors where he was Chairman of the Board for a record seven years, including some of the most tumultuous times of the club. His tenure as Chairman witnessed the creation of Spec Racer and the purchase of Pro-Solo by SCCA. He is a past recipient of the SCCA’s Woolf Barnato Award. Not one to rest on his laurels, Jones continues to race in Formula Mazda, is an active race steward, and was recently elected to yet another term on the SCCA Board of Directors.