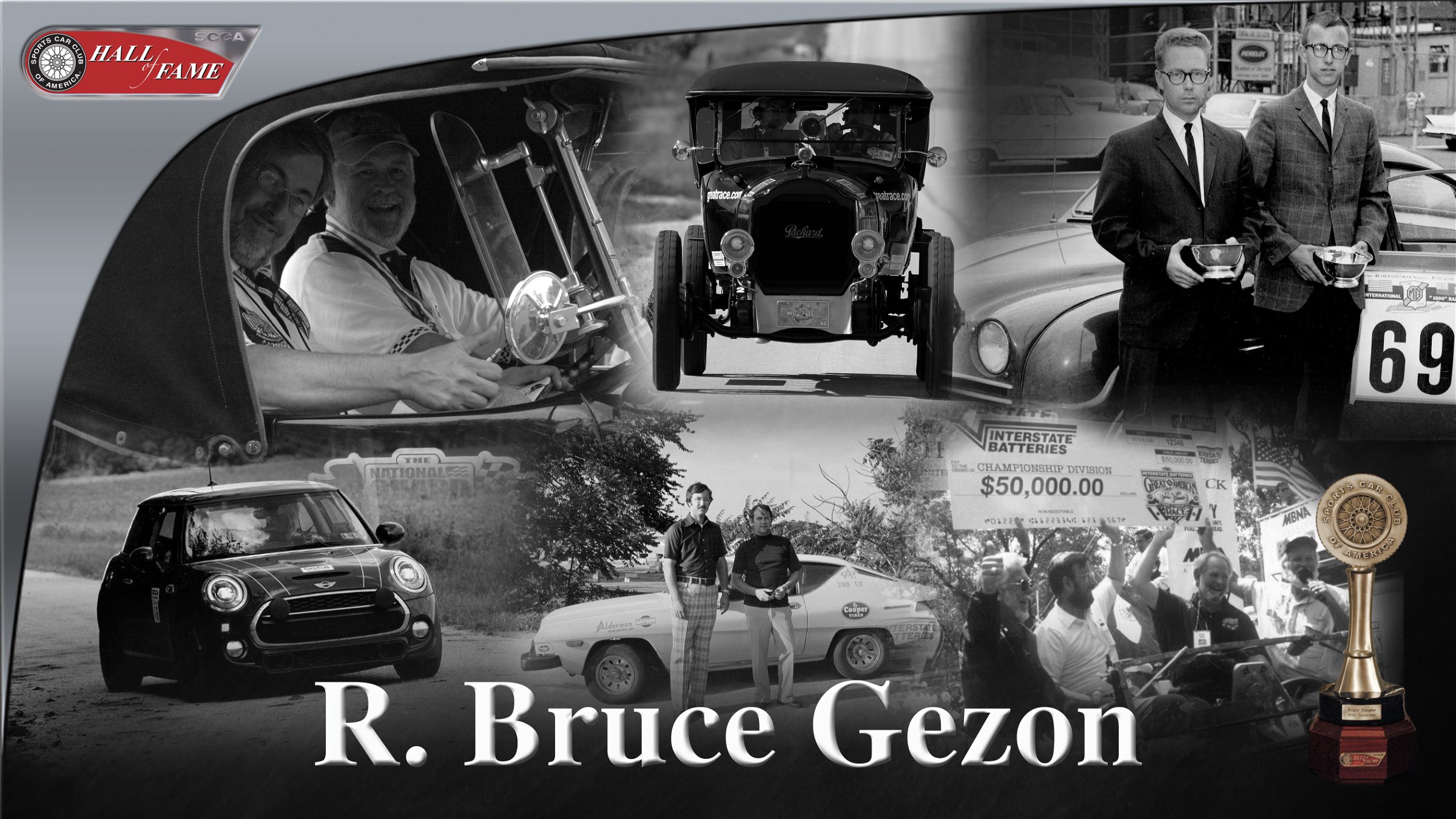 Bruce Gezon becomes the first SCCA Hall of Famer to have predominantly built his SCCA legacy in road rally, rather than following in the footsteps of those who also competed in performance rally. Gezon, who is still competing at 80 years of age, is credited with 43 National Championships between 1968 and 2020. Currently a member of the Philadelphia and Allegheny Highland Regions, Gezon’s SCCA record includes the most United States Road Rally Championship wins, a record 15-consecutive wins in National Rallies, the 1974 National Class A Championship by allying a perfect 50 points with 11 different rally partners (driving in six events and navigating in five), and being a member of the five-car Ford Rally team from 1969-1970, winning the Manufacturers’ Championship for Ford. Behind the scenes, Gezon is Points Keeper and also co-editor of the SCCA RoadRally rule book and has served as Rally Master of National Rallies for three different SCCA Regions and Rally Master of Divisional Rallies for five different Regions, spanning more than 50 years.