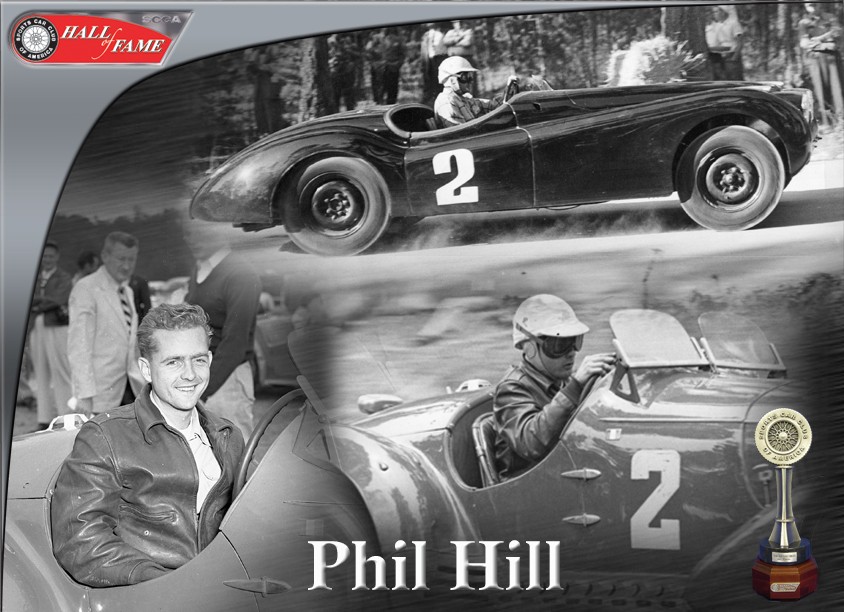 The only American-born racer to ever win the World Drivers’ Championship, Phil Hill was one of the first dozen members of the California Sports Car Club.  He began his storied career wrenching on others’ cars and went on to compete in major SCCA races. He piloted assorted Alfa Romeos, OSCA’s and various Ferrari’s for wealthy car owners, and quickly gained a reputation as the man to beat in West Coast racing.

In 1955, Hill was the SCCA Champion in D Modified, driving a Ferrari to wins in 8 of 14 races, including the inaugural event at Road America.  He began racing outside the U.S. that same year which later landed him a drive with Ferrari in Formula One.  But beyond Formula One, Hill exhibited a great deal of prowess as an endurance driver. He was an overall winner at Le Mans and Sebring three times, and became Sports Illustrated’s 1959 Sports Car Driver of the Year.

Hill retired from driving in 1967, but remained close to the sport and kept close links to vintage racing. He also worked as a commentator for ABC and contributed to Road and Track.

One of the world’s most recognizable drivers, Hill passed away in 2008 at the age of 81.