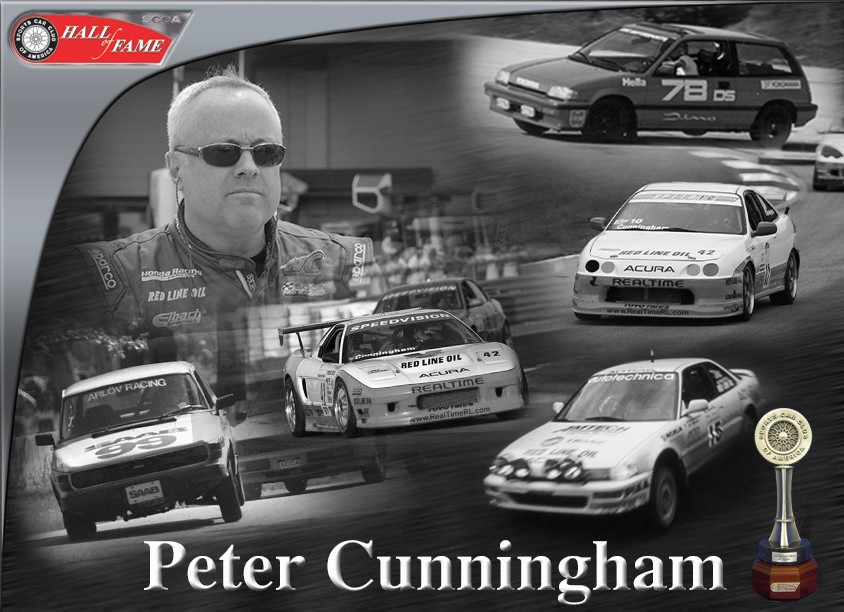 Shortly after graduating from high school in 1980, Peter Cunningham began participating in SCCA Solo events, claiming one national championship along the way. In the early ‘80s, he started contesting SCCA road races in the Showroom Stock class before making the jump quickly in 1985 to the pro ranks. In 1987, he founded RealTime Racing which, to date, has claimed nearly 90 race victories.

Cunningham has never strayed far from the Club. He has been a factory Honda, Acura, BMW, Nissan and Audi driver in his career. Beyond road racing, Cunningham has also ventured into ice racing, SCCA Pro Rally, and even gave the SCCA RaceTruck Challenge a go. While he stopped driving full-time in 2017, his RealTime Racing team continues to be at the forefront of North American motorsports, and he continues to be an ambassador for the sport and for SCCA. Under his leadership, RealTime Racing contributed significantly to the SCCA-sanctioned World Challenge record book, taking 14 driver championships -- seven of which were claimed by Cunningham himself. The team has also earned 14 manufacturer championships.