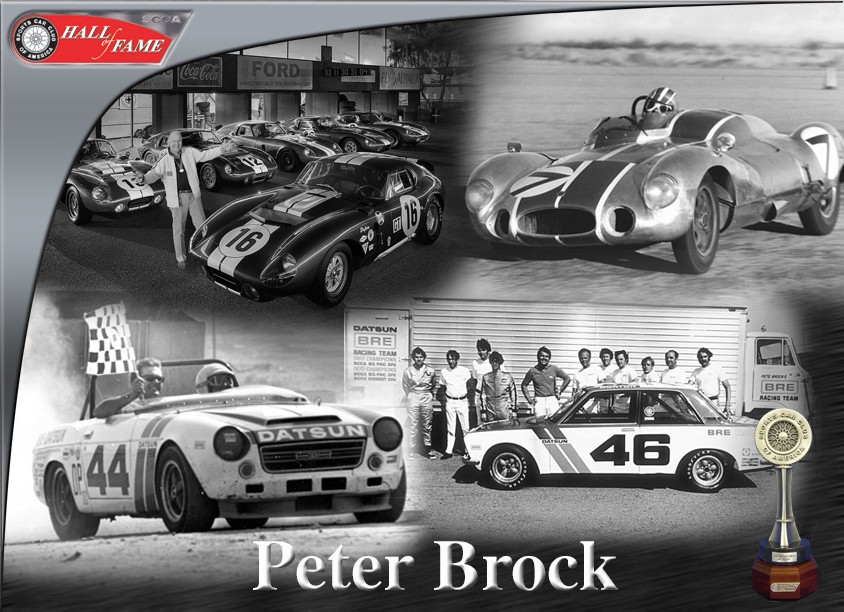 At only 19 years old, Pete Brock was the youngest designer ever hired by General Motors.  In November 1957, at only 21 years old, he drew the sketch which GM VP Bill Mitchell picked to become the Stingray.  A native of the San Francisco Bay area, Brock also began racing with SCCA around that time.

In 1965, Brock started Brock Racing Enterprises which later became Datsun’s West Coast factory race team competing in SCCA D Production races with Datsun 2000 roadsters.  In 1970 and 1971, BRE took on C Production with 240Zs and earned national championships with John Morton behind the wheel.  He followed that up in 1971 and 1972 with 2.5 Trans Am championships in Datsun 510s.

Brock may have officially left motorsports after accomplishing a slew of championships in just a few short years, but he’s stayed involved with the sport as a motorsports author, photographer and fan.