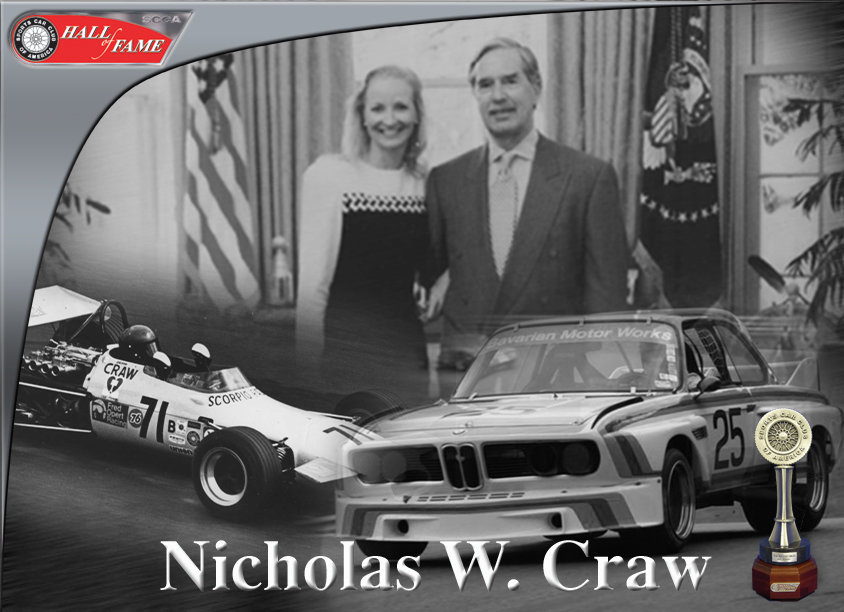 Nick Craw served as president of SCCA for 17 years, more than a decade longer than any other chief executive. He supplied the stability and the vision that led the club through its greatest period of growth. During his tenure, SCCA more than doubled its membership, increased total revenues by over 500%, increased outside income six-fold, and doubled member equity. He oversaw the creation of SCCA’s most popular class, Spec Racer, the creation of an industry leading insurance plan for race workers and drivers, and a huge growth in the participation in, and exposure for, SCCA’s National Championship events. He tried to gauge the sentiments of the membership using member and participant surveys and also using his race car, which he took on a nationwide “Beat the Boss” tour of SCCA club races, paid for from his own pocket. He had the foresight to recognize that SCCA was too big and too important to be just a club,….. but too strongly tied to its roots to be just a business. Instead, he pushed SCCA to become a stronger club, run with sound business practices, for the benefit of its members. Today he serves the motorsports community as the head of the Automobile Competition Club of the United States (ACCUS) representing American racing interests on the international scene.